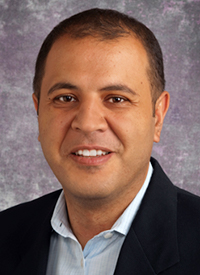 In chronic lymphocytic leukemia (CLL), the therapeutic armamentarium has undergone a drastic departure from chemotherapy-based regimens to those that are largely based on novel agents. In this new landscape, the guiding principles regarding which regimen to pursue are informed by a patient’s age, health, and mutational status.

In a presentation during the 2019 OncLive® State of the Science Summit™ on Hematologic Malignancies, Rafic Farah, MD, medical oncologist at University of Pittsburgh Medical Center Hillman Cancer Center, provided an in-depth look at the trials that now define standards of care among patients with newly diagnosed and relapsed/refractory CLL.

One of the first trials to compare a novel agent with a chemotherapy-based regimen was the phase III ECOG E1912 trial, where young untreated patients <70 years without a 17p deletion were randomized 2:1 to the combination of ibrutinib (Imbruvica) and rituximab (Rituxan) or what was considered the gold standard––fludarabine, cyclophosphamide, and rituximab (FCR).

The novel combination was superior to FCR regarding both progression-free survival (PFS) and overall survival (OS), and also showed a lower incidence of grade 3/4 adverse events at 58% versus 72%.1

“It’s very rare for CLL studies to show an improvement in OS, but here the OS difference was significant,” said Farah.

However, a subgroup analysis indicated that the benefit did not extend to patients with a mutated IGHV gene. Since these data were reported, the combination has become a standard frontline regimen for patients with high-risk features, including unmutated IGHV.

Pending the results of the phase II CAPTIVATE trial,2 which are expected to be presented at the 2019 ASH Annual Meeting, there may be an alternate frontline regimen worth considering, said Farah. In the trial, treatment-naïve patients will receive 3 months of ibrutinib as induction therapy followed by the combination of ibrutinib and venetoclax (Venclexta) for 15 months.

The thought is that initial exposure to ibrutinib may lower the risk of tumor lysis syndrome by debulking patients prior to introducing venetoclax. Preliminary results are encouraging in that all 14 patients treated with the combination achieved a complete response without any clinically significant incidences of tumor lysis syndrome.

Given the superiority of novel agents in younger patients, investigators sought to determine the efficacy in older patients whose comorbidities may prevent them from maximizing the benefit of standard chemoimmunotherapy regimens.

PFS was superior in the ibrutinib-containing arms compared with BR, but also resulted in more deaths, said Farah. As in the ECOG E1912 trial, patients with mutated IGHV derived no statistically significant benefit from either ibrutinib and rituximab or ibrutinib alone. Given that OS was not different in the ibrutinib-containing arms, it might be worth tabling until better alternatives surface.

The combination of ibrutinib and chlorambucil may be one such alternative based on data from the phase III iLLUMINATE study.4 In the trial, patients >65 years were randomized to the combination of ibrutinib and obinutuzumab (Gazyva) or chlorambucil and obinutuzumab. Notably, patients <65 years were eligible to enroll if they had a 17p deletion or renal insufficiency.

The median PFS was not reached with ibrutinib versus 19 months with chlorambucil. The risk reduction in progression was more pronounced in high-risk patients––those with 17p deletion, 11q deletion, and unmutated IGHV. Notably, the addition of ibrutinib to obinutuzumab did not heighten the regimen’s toxicity profile.

“In this study, they stopped the treatment at 1 year. [Despite this], patients who received venetoclax had higher minimal residual disease negativity, higher response rates, and more durable responses,” said Farah.

In May 2019, the FDA approved the combination for frontline use. Although the study was restricted to older patients with comorbidities, the current label does not restrict its use to this specific population.

In terms of the relapsed/refractory setting, 2 recently published studies echo the movement toward novel regimens, as seen in the frontline setting. In the phase III MURANO trial,6 patients with relapsed/refractory disease were randomized to the combination of 2 years of venetoclax and rituximab (n = 194) or BR (n = 195). Patients could have received ≤3 prior lines of treatment, ≥1 containing chemotherapy, and harbored a 17p deletion.

Given the number of novel agents in CLL and concern for toxicity with PI3K inhibitors, there has not been a need to use them, Farah noted. However, data from the phase III DUO trial7 suggest that duvelisib (Copiktra) monotherapy, now FDA approved, may be a suitable choice for patients with relapsed disease, irrespective of 17p deletion status.

In the trial, patients who received the PI3K inhibitor had a median PFS of 16.4 months versus 9.1 months with ofatumumab (Arzerra) monotherapy. Duvelisib resulted in higher overall response rates, and patients were five times more likely to have a lymph node response.

However, the toxicities, similar to those of idelalisib (Zydelig), are of no small consequence, and have to be considered as such, concluded Farah.