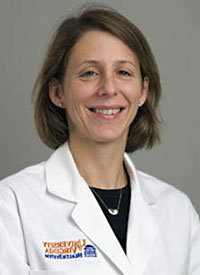 Although upfront debulking surgery is standard for most patients with advanced ovarian cancer, neoadjuvant chemotherapy potentially offers a less morbid alternative for those who are ineligible for the procedure, said Linda R. Duska, MD.

"I know all of our patients want surgery because it feels like that's the right thing to do. But in some patients, a big surgery might actually be more harmful than helpful," said Duska. "We need to be honest with ourselves, and with our patients, about what we can and can't do. An older, frailer, sick patient may benefit from a neoadjuvant approach. It's important that we share the data with those patients so that they can make informed choices."

In an interview during the 2019 OncLive® State of the Science Summit™ on Ovarian Cancer, Duska, a professor of obstetrics and gynecology at the University of Virginia, discussed the ongoing debate between upfront surgery and neoadjuvant chemotherapy in ovarian cancer and the data that support both options.

OncLive: What trials have evaluated the use of neoadjuvant chemotherapy in ovarian cancer?

Duska: Most people would agree that upfront surgical debulking is the best option for most—but not all—women with ovarian cancer. However, some women may actually benefit from neoadjuvant chemotherapy as an alternative approach. There are 2 published, randomized trials—both of which have been critiqued for a variety of reasons—that suggest that in a certain population of women, neoadjuvant chemotherapy is equivalent to primary debulking surgery and may actually be less morbid.

Those studies enrolled women who are older, had bulkier disease, and had a poorer performance status than some of the other trials that we have done with primary debulking surgery. Therefore, this is a slightly different population than what we're used to looking at. There has been some criticism regarding the low debulking rates, depending on which study one is referring to. However, it's meaningful to know that a certain subgroup of women—for example, women with bulky stage IV disease—actually seem to benefit from neoadjuvant chemotherapy over primary debulking surgery.

Beyond bulky disease, what other features indicate that a patient may be better suited for neoadjuvant chemotherapy?

We know that primary debulking surgery has a higher rate of surgical morbidity, but again, this depends on the patient. There are certain patient factors that we can look at, such as performance status, serum albumin, body mass index, and the presence of multiple other medical comorbidities, among others. [These factors could] point to a likelihood of significant surgical morbidity and therefore might make a surgeon more likely to discuss neoadjuvant chemotherapy as a less morbid option with the patient in a shared decision-making way. Of course, we have to keep in mind that upfront surgical debulking has been shown to improve overall survival. The problem, however, is that if [a patient's] surgery is so morbid that [they're] never able to receive chemotherapy, or if [they] die from surgical debulking, then that did not help as we would have liked.

Does the Fagotti score provide an accurate assessment of whether or not a patient can achieve a complete resection in surgery?

That is a tough question; Fagotti would say, "Yes." In the hands of an expert who has used the Fagotti score a lot, it can be. Others would argue that perhaps there are better ways to assess resectability. You could do a very small laparotomy to assess this—not a big one, but a smaller exploration of the upper abdomen to make a decision. You can use imaging, CT scan, PET scan, or MRI; there are a whole variety of [tools] that you can use.

To me, it comes down to surgical judgment. This is why it's really important to have a trained gynecologic oncologist evaluating these patients in order to make an informed decision about whether or not a surgery would likely be successful. Having a gynecologic oncologist involved in the care of women with advanced disease from the beginning of their therapy is important.

Is this often not the case?

It doesn't always happen. In the community, some women are operated on either by general surgeons or a gynecologist with general surgeons. We know that when that happens, the chance of [patients] having an appropriate surgery decreases. Therefore, ideally, if a patient is going to the operating room, she should go with a trained gynecologic oncologist who understands the complexity of the disease and knows how to perform these complex surgeries.

What efforts can be made to ensure that this happens?

That's a good question. One way that has been suggested is having all patients with ovarian cancer referred to centers of excellence. However, I'm not sure that this is always feasible for several reasons. Another way that we've managed to do this as a society in gynecologic oncology is to increase the number of fellowships, and to, at least in the United States, train more gynecologic oncologists to be able to take care of some of these women. I don't know what the solution is; [perhaps the answer lies in] education and training, and just ensure that patients know [about how important this is], so that they can be advocates for themselves.

What do you anticipate from the ongoing TRUST trial?

I worry that if it doesn't show that [primary debulking is superior to neoadjuvant chemotherapy], then we won't believe it for whatever reason. [I fear] that we'll criticize it or that we'll find something wrong with it. The people who believe that surgery is important, [also] believe that this study will show that primary debulking surgery is superior. Again, I do believe we have to be mindful of the populations of patients who get entered into these studies; there is investigator bias and patient bias. When we're applying the results of these studies [to practice], we have to remember to make sure that the patients in the trial are representative of those who are sitting in front of us.

What would you identify as the biggest remaining challenges in the field?

We need to ensure that women are seen by gynecologic oncologists. If that's possible, we will have an adequate surgical assessment and an appropriate surgery; that would be the first thing. Right now, we're not doing this across the board, at least in this country.

We don't have prospective randomized data supporting upfront debulking surgery; it's all retrospective and it's all biased because it is retrospective. I don't believe that we will ever have prospective data about [this approach]. However, I'm hopeful that when we get the results of the TRUST study, we'll add to the data that we already have to help us best advise our patients.
Printer Printing...