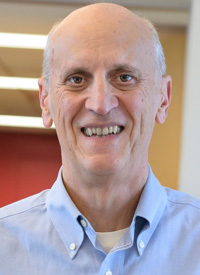 The FDA’s Oncologic Drugs Advisory Committee (ODAC) voted 6-1 in favor of approving gemtuzumab ozogamicin (Mylotarg) in combination with daunorubicin and cytarabine for the treatment of patients with newly-diagnosed CD33-positive acute myeloid leukemia (AML).

The committee agreed that the anti-CD33 antibody conjugate administered in a fractionated low-dose schedule was safe for use in this patient population. The full FDA is scheduled to issue a final ruling later this year.

Pfizer submitted results from ALFA-0701, the randomized phase III trial comparing daunorubicin and cytarabine with (n = 139) or without gemtuzumab (n = 139) for the treatment of patients 50 to 70 years old with newly-diagnosed AML to support this Biologics License Application (BLA).

Gemtuzumab 3 mg/m2 was administered on days 1, 4, and 7 during induction and day 1 of each of the two consolidation chemotherapy courses. The primary endpoint was event-free survival (EFS) with a secondary endpoint of overall survival (OS).

“I’m convinced that EFS is a meaningful clinical endpoint even if not predictive or highly correlated with survival,” David Harrington, PhD, professor of biostatistics at Dana-Farber Cancer Institute, said in explaining his vote in support of gemtuzumab. He added that though there are clear safety risks with the drug, they appear to be in-line with other options. “It doesn’t seem substantially more dangerous than other treatments.”

There was no significant difference in 30-day mortality between the 2 groups, but patients treated with gemtuzumab had a higher rate of grade ≥3 hemorrhage (23% vs 7%) and a prolonged time to recovery of platelets. A fifth of patients in the gemtuzumab arm had delay in recovery of at least 45 days.

In a trial-level analysis of 33 randomized studies in untreated patients with de novo AML, the trial-level weighted R2 was only 0.46 (95% CI 0.23, 0.70). An R2 close to 1 indicates strong trial-level surrogacy. Furthermore, in the subgroup of 5 randomized studies for which patient-level data were available, the weighted R2 through a copula model was 0.45 (95% CI 0.00-1.00) and 0.61 (95% CI 0.20-1.00) without application of a copula model. ODAC staff found that EFS was “clearly not predictive of OS” in the patient-level analysis, particularly for patients who did not achieve complete response.

The FDA awarded Accelerated Approval to gemtuzumab in 2000 for the treatment of patients 60 years or older with CD33-positive AML in first relapse who were not considered candidates for cytotoxic chemotherapy. Wyeth, now Pfizer, voluntarily pulled the drug from the market in 2010 after results from the SWOG-S0106 trial showed that gemtuzumab did not improve rate of complete response, disease-free survival (DFS) or OS compared with daunorubicin and cytarabine.