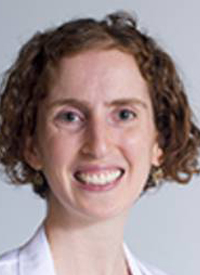 Combining the PARP inhibitor olaparib (Lynparza) with temozolomide (Temodar) led to an overall response rate (ORR) of 41.7% in patients with relapsed small cell lung cancer (SCLC), according to findings from a phase I/II trial published in Cancer Discovery.1,2

Researchers are exploring methods of enhancing the effect of PARP inhibitors in SCLC, as preclinical and early phase research has shown limited clinical activity. Farago and coinvestigators hypothesized that PARP activity might be increased through the addition of the DNA-damaging agent temozolomide.

The study accrued a pretreated population who had received a median of 2 prior treatments (range 1 to 7). Thirty-six patients were platinum sensitive and 14 were platinum resistant. Twenty patients had baseline brain metastases, with 8 being treated for the metastases and 12 not being treated.

In both parts of the study, patients received olaparib and temozolomide, both orally, on the first 7 days of each 21-day cycle until disease progression or unacceptable toxicity. The RP2D was 200 mg of olaparib twice daily and temozolomide at 75 mg/m2 daily.

The most common treatment-related adverse events (AEs) across all patients were thrombocytopenia (68%), anemia (68%), and neutropenia (54%). In the phase II part of the study, there were 2 patient deaths  (pneumonia, neutropenic sepsis) that the researchers considered to potentially be related to treatment.

The researchers also sought to identify predictive efficacy biomarkers for the olaparib/ temozolomide regimen through a co-clinical trial involving patient-derived xenograft models. Four inflammatory response genes (CEACAM1, TNFSF10, TGIF1, and OAS1) emerged as potential indicators for response. Further, resistance to both standard frontline chemotherapy for patients with SCLC and the olaparib/temozolomide combination was linked to low basal expression of these biomarkers.

“While biomarkers for drug response have been identified for several cancers, we don’t have any good biomarkers of response for small cell lung cancer treatments,” study author Benjamin Drapkin, MD, PhD, oncologist at Massachusetts General Hospital Cancer Center, said in the press release. “Our co-clinical trial in animal models was an important first step in the identification of a potential prognostic signature of response to both the standard first-line chemotherapy and for our investigational combination.”