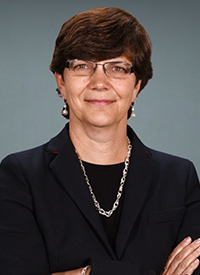 “Now we understand that there are some emerging subtypes of pancreatic cancer that we want to think about treating differently,” said Simeone, director of the Pancreatic Cancer Center at NYU Langone’s Perlmutter Cancer Center.

Additionally, Simeone explains that all patients with pancreatic cancer should undergo germline and somatic analyses; family history of pancreatic cancer is no longer the only disease-related factor, she explained.

In an interview during the 2018 OncLive® State of the Science Summit™ on Gastrointestinal Cancers, Simeone, who was also chair of the meeting, discussed the molecular complexities of pancreatic cancer, some of the commonly identified mutations, and ongoing clinical trial efforts that may be game changing for the field.

OncLive: What did you highlight in your presentation on pancreatic cancer?

Simeone: One of the points I wanted to make is that we need to make advances and do things a little differently than we have been to really change outcomes for the disease, which right now is a 9% 5-year survival rate. One of the missing pieces of the puzzle is actually how to best apply genomic analyses to pancreatic cancer. There actually has been a lot of activity, but how to actually best utilize that to help guide patient care has still been a “black box.”

Then, the second portion of my talk was on germline genomics. We perhaps underappreciate the presence of germline mutations in pancreatic cancer and [we should do] more comprehensive germline analyses; every patient with pancreatic cancer should get a germline analysis. Then, we will have a much higher likelihood of identifying individuals who have the disease at an earlier stage, increase our resectability rates, and increase overall survival.

What are some of these emerging subtypes?

We still haven’t sorted out all of the emerging subtypes, but there are a couple that have fallen out. There is a small percentage of patients with MSI. Those are only 1% of pancreatic cancers, but there are some data that suggest that 1% of patients may be a population that responds well to immuno-oncology drugs. Therefore, we want to make the case, based on the lethality of the disease, that we would want to test every patient with pancreatic cancer to see if they are MSI high.

Secondly, there are mutations in the DNA damage-response signaling pathway [such as] BRCA 1/2, but there are others like ATM and CHET2. These are also genes that are found to be present in the germline of individuals with an increased risk of pancreatic cancer. What we know is that those patients actually respond a little bit differently than others with pancreatic cancer, and we want to be able to tailor their therapy with that knowledge.

If we look at all the mismatch repair deficient (dMMR) pancreatic cancers, which can represent about 20% of patients, we are going to make the case that every patient with pancreatic cancer should have a germline and somatic mutational analysis.

You mentioned that we might be underappreciating germline mutations. Why is that?

Even in genes that are associated with other specific cancers, we have found [individuals] who come in with a sporadic pancreatic cancer—for example…a mutation in the p16 gene, which is associated with melanoma. This individual had no family history of melanoma. What it leads us to realize is that we're just at the tip of the iceberg in realizing that, in some families who have these mutations, the tumors that evolve aren’t always what you think.

We have to understand the broad portfolio of what mutations are out there; they may be distinct in different populations that have been discerned. If our whole goal is to improve cancer outcomes, clearly early detection and subsequent prevention is going to be part of the equation.

Is there an optimal time to undergo genomic testing?

It does depend on the particulars of what the family history is and what mutations are present because they all have a separate biology associated with them. Then, some of those folks also need to be screened for other cancer types, along with having their pancreas evaluated.

In discussing some of these therapies that might be available to target some abnormalities, what potential exists with PARP inhibitors?

Certainly, PARP inhibitors are an important drug for patients who have BRCA mutations. They have a synthetic lethal activity. If you have loss of BRCA 1/2 and you add a PARP inhibitor, that can put a cell over the edge and result in cell death. It is possible that PARP inhibitors might be deployed for other subtypes of pancreatic cancer; that is an unanswered question.

We can build upon what we have learned with the PARP inhibitors—to look at other synthetic lethal relationships with other important genes in the DNA damage-response pathway that are mutated with some frequency in pancreatic cancer.

What other exciting data or genomic-based trials do you think are exciting?

One of the big things we are launching is a whole new clinical trial effort underway for which I am head of the national steering committee. It’s called Precision Promise, and it’s a platform trial for patients with advanced pancreatic cancer. There, we are going to have a common control group but multiple experimental arms. There is a pharmaceutical consortium to partner with to combine drugs in new ways.

However, one of the things we have not done adequately in the field is to deeply study every patient before and on treatment so that we can understand why people respond to certain treatments and why they don’t. That will circle back to the whole genomic story—that genomic signatures can be partnered with favorable responses for certain therapeutic regimens.

There are some immuno-oncology arms, arms being evaluated with certain approaches to tackle cancer metabolism, and some of these dMMR mutations. However, one of the exciting things about the trial is the way it’s designed. It takes fewer patients to get to FDA approval because of the statistical power of having multiple arms running at the same time.

Secondly, there will be mandated pretreatment, on-treatment, and at progression biopsies so we can see what is going on in the tumor. That has never really ever been done in a clinical trial setting. Also, patients can get re-randomized to a second regimen if the first regimen doesn’t work, and that regimen can still count toward FDA approval. That has never actually been in a clinical trial before.

We are working closely with leadership at the FDA and our pharmaceutical partners; this is also being funded by the Pancreatic Cancer Action Network. Right now, there are 12 centers around the country involved, and there are another 6 centers that are going to be brought on board. It is going to be game changing for how we do clinical trials, and there is a lot of interest in the FDA to do clinical trials in a much smarter way and use an adaptive clinical trial design, so this is part of that.

Is there anything else you would like to add regarding this initiative?

Based on some of the lessons we have learned with Precision Promise, [we have learned to] organize ourselves in a different way and how to build a novel collaborative model. We have been working on Precision Promise for about 2 years, taking some of those lessons learned and applying them to the early detection fields. We are working to collect a much larger cohort of high-risk individuals. That can empower you to have a cohort of 2500 or 3000 high-risk individuals and the kind of important work that can be done with that, to really help us advance the field.
Printer Printing...