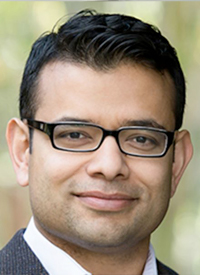 For example, the combination of tivozanib (Fotivda) and nivolumab (Opdivo) was explored in the open-label, phase Ib/II TiNivo study. Final results demonstrated a 56% overall response rate, including 1 complete response, 12 confirmed partial responses (PRs), and 1 unconfirmed PR, in 25 patients with mRCC who received the combination. The disease control rate was 96%.

Despite the encouraging results, Pal said other existing combination regimens could prevent tivozanib/nivolumab from becoming a widely used frontline option in this space.

"Admittedly, this combination has a lot of ‘tall trees’ to go up against, including axitinib (Inlyta)/pembrolizumab (Keytruda), axitinib/avelumab (Bavencio), and nivolumab/ipilimumab (Yervoy)," said Pal. "With these combinations in mind, we are most likely going to look at tivozanib-based regimens in later-line settings. Developmentally, it is too far behind to contemplate a first-line push, in my opinion."

In an interview with OncLive, Pal, an associate clinical professor in the Department of Medical Oncology and Therapeutics Research, and also co-director of the Kidney Cancer Program at City of Hope, discussed novel strategies on the horizon in RCC.

OncLive: We have seen data with PARP inhibitors in breast cancer, ovarian cancer, and now prostate cancer. What has been reported with these agents in kidney cancer?

Pal: It looks as though PARP1 is expressed at high levels in RCC. That is somewhat of a foreign concept to me, but it does jive with some of the recent work done by the Memorial Sloan Kettering Cancer Center group led by A. Ari Hakimi, MD, which suggests that there is a role for DNA damage repair mutations in RCC.

When you put [PARP1 overexpression and DNA damage repair mutations] together, it does set the stage for the potential utility of PARP inhibitors in RCC. It is certainly an area of therapeutic need.

Are there other pathways that are starting to be explored in RCC?

I have always thought local delivery was improbable in RCC because [the kidneys] are deep, visceral organs that appear challenging to inject. However, preclinical data suggest that there may be a role [for local delivery] down the line. We may see neoadjuvant trials [with local delivery] emerging.

What is the potential of vaccines in RCC?

There is definitely a role for vaccination-based therapies. In terms of novel immunotherapy techniques, CAR-based technologies [appear promising] in RCC. I have been working with CRISPR-Cas9 and the development of CD70-targeted CAR T cells. We discussed that first [in 2018]. Now, we are approaching a time point where we may ultimately see studies evolve based on that technology. It is very exciting.

In RCC, it has always been challenging to pinpoint 1 particular antigen to target with CAR-based technologies. In the case of CRISPR-based technology, we have a unique target we are going after. It stands to benefit a broad [group] of patients with RCC.

How would you define the status of tivozanib in this paradigm?

Tivozanib has an interesting history. A couple of years ago, the TIVO-1 clinical trial created a real discordance because there was a PFS benefit with tivozanib, but there was a lack of benefit and perhaps a [negative] trend toward overall survival (OS).

More recently, the TIVO-3 study demonstrated the activity of tivozanib in the third- and fourth-line settings. There was an impressive improvement in PFS in these heavily pretreated patients.

From those data, we outlined the fact that there seemed to be no significant difference in OS and no trend toward worse survival. That allays a lot of our fears that there may be some downstream impact with tivozanib.

Of course, we have little control in clinical trials over what patients are receiving beyond the prescribed therapies in the trial. Accounting for those characteristics, OS was a bit of a wash in that study.

With the immunotherapy combinations that have emerged, how do you determine an optimal sequencing strategy?

I have always felt that some TKIs are more active than others. Time and time again in studies, cabozantinib (Cabometyx) emerges as perhaps a more potent and effective inhibitor for frontline and second-line RCC. I am excited to see some of the mature data from trials that are evaluating frontline cabozantinib-based combinations.

We are going to base our practice patterns primarily on the TKI [used in the combination] since there is little distinction as to which immunotherapeutic agent to use. If the data from the cabozantinib/nivolumab trials are positive, that will be my frontline choice.

In clinical trials, many of these combinations are using sunitinib (Sutent) as a comparator arm. Will there be a point where we stop using sunitinib and move toward using some of the newer agents as comparators?

We are seeing a lot of trials using unique comparators. For example, the [COSMIC-313] trial is using nivolumab/ipilimumab as a comparator. That is where the field is headed.

With the impressive outcomes we are seeing, we may have to start looking at noninferiority studies or studies based on endpoints, such as quality of life and patient-reported outcomes. Those will rise to the forefront.

We have dramatically improved outcomes for patients with kidney cancer, but we have a long way to go in terms of optimizing adverse events. We need to ensure that all patients not only derive benefit, but do well through their course of treatment.
Barthelemy P, Escudier B, Negrier S, et al. TiNivo: tivozanib combined with nivolumab results in prolonged progression-free survival in patients with metastatic renal cell carcinoma (mRCC): final results. Ann Oncol. 2019;30(suppl_5). doi: 10.1093/annonc/mdz249.043.
Printer Printing...