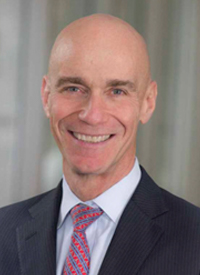 “The big areas that we’re focusing on are advances with endocrine therapy, particularly with CDK4/6 inhibition, and, now also with PI3K inhibition,” said Robson, chief of Breast Medicine Service, Memorial Sloan Kettering Cancer Center. “The second big area is immunotherapy, and that’s not just in breast cancer; that approach is being examined across oncology. Within the past year, however, we’ve broken a glass ceiling in breast cancer.”

In an interview during the 2019  OncLive®  State of the Science Summit™ on Breast Cancer, Robson provided a snapshot of the precision focus in breast cancer, as well as the emergence of biosimilars in the field.

OncLive: What are some of the ongoing research efforts being made in breast cancer?
Robson: A tremendous amount of research is going on in breast cancer right now, which is quite exciting. We have the entire field of DNA-damaging therapy, most notably, with PARP inhibitors, although several other agents are in that category and are of great interest. The other big theme in breast cancer right now is precision medicine, where the goal is to deliver the right therapy to the right patient by identifying those who are at greater or lesser degrees of risk and [treating them accordingly]. The next steps are to figure out who is the most likely to benefit from these agents, what the mechanisms of resistance are, and how we can get patients to respond most effectively.

Could you expand on how precision medicine is being used in this space?

Precision medicine has a very broad definition. Ultimately, all therapy should be precise; everything should be tailored to the patient. Many people envision precision medicine as being genomically directed. In breast cancer, that approach has been effective in 2 broad settings. The first setting is with PARP inhibitors for women and men who have inherited BRCA1/2 mutations. With the approval of the PI3K inhibitor alpelisib (Piqray), we now have a targeted therapy for [patients with] somatic alterations as well. Several other agents are also under investigation.

We do a lot of genomic profiling of patients’ cancers, particularly in the first-line metastatic setting—not just on a research basis, but also on a clinical basis. For us, [profiling is] becoming part of the characterization of the disease. Hopefully, as more therapies are approved, we will be able to extend that [profiling to more than just] the estrogen receptor, progesterone receptor, and HER2 [subtypes], which are the current markers for what the patient's cancer is and what their disease is most likely to respond to.

How is immunotherapy being used right now?

Right now, atezolizumab (Tecentriq) is approved for use in patients with metastatic disease who are also PD-L1–positive with a particular assay. That may change with the presentation of the KEYNOTE-355 trial. Now, there's an opportunity for immunotherapy to be brought earlier into treatment in the neoadjuvant setting, but we have to wait for the FDA's judgement on those data.

How would you describe the impact of trastuzumab (Herceptin) biosimilars on clinical practice?
There are several different biosimilars [for trastuzumab]; it's not just one. Biosimilars are clearly going to be an important area in the future, driven in large part by the payers. We're running into situations now where the payers are requiring that the anti-HER2 therapy is a trastuzumab biosimilar. The data are encouraging. It's going to be a bit of a paradigm shift. Getting the community comfortable with the idea that these products are truly equally efficacious [to the originator biologic] is going to be important, even though all evidence to date suggests that they are.

What could be done to increase awareness?

It’s largely going to be an educational effort that shows that the correct trials have been done and that they met the evidentiary standards that are used to bring any other therapy onboard. Some [clarification is required of] the regulatory pathway [for these products] because it's not the same as the approval of a new drug. Some differences exist in the regulatory pathways, and it would be helpful to explain to people who are used to looking at randomized phase III trials exactly what those regulatory differences are.
Printer Printing...