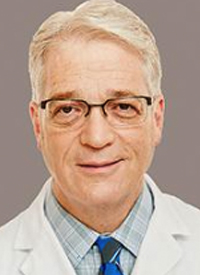 In addition, newer salvage agents are becoming available, such as duvelisib (Copiktra), which may eventually prove useful in the upfront setting, as well.

Rosenblatt, a professor of medicine and associate director of faculty development at Sylvester Comprehensive Cancer Center, University of Miami Health System, said that other agents, such as the BCL-2 inhibitor venetoclax (Venclexta) have proven to be highly effective options used alone or in various combinations for relapsed patients, as well as in the upfront setting.

In an interview during the 2019 OncLive® State of the Science Summit™ on Hematologic Malignancies, Rosenblatt discussed how advances made in CLL are changing the outlook for patients and predicted what can be accomplished in the near future.

OncLive: What are some advances that have been made in the treatment of CLL?

Rosenblatt: There have been some remarkable advances that have been made in just the last several months. Many of these were reported at the 2018 ASH Annual Meeting. There were other advances made in the past year that have changed the way we look at CLL and the way we approach this disease, both from the standpoint of initial therapy and the treatment of patients with relapsed/refractory disease.

A very important Alliance study was presented at the 2018 ASH Annual Meeting; during the plenary session. This study indicated that the use of the BTK inhibitor ibrutinib was superior to combination chemotherapy with bendamustine and rituximab (Rituxan; BR), a frequently used combination in patients older than 65 years, and was equivalent to use of ibrutinib (Imbruvica) and rituximab together. Neither of these results could have been predicted. This study had important messages with respect to the use of chemoimmunotherapy as opposed to some of the newer targeted agents used alone or in combination.

We are seeing very promising results with venetoclax, which is a drug that capitalizes on our understanding of the importance of BCL-2 in the biology of CLL. This agent actually mimics the effect of naturally occurring proteins that promote apoptosis and can reverse the effects of BCL-2 overexpression . When venetoclax is used in combination with rituximab, we have seen remarkably effective results in patients with relapsed/refractory disease. This combination could also be useful in the upfront setting, although this is just now being tested.

Could you expand on the data from the DUO study?

Quite a few of the patients in this study had poor-prognosis disease—including p53-mutant disease and 17p deletions that affect p53 function—and had received multiple prior treatments. This international study involved multiple centers internationally. On the basis of that study, duvelisib was approved by the FDA in September 2018 for the treatment of patients with relapsed/refractory disease who had received at 2 prior treatments.

Duvelisib is an important addition to our armamentarium. One of the interesting findings in that study were the effects on the cytokine milieu in which the CLL is growing. Investigators actually assayed the effects on 16 different cytokines in peripheral blood in patients treated with duvelisib as well as ofatumumab, demonstrating that at least 10 of them decreased by 50% or greater. Many of these, such as interleukin-10 and various chemokines, are thought to be very important in shaping the tumor microenvironment that is protective and nurturing to CLL cells. This type of dual activity—the ability to inhibit both PI3K gamma and PI3K delta—is an important property of this drug compared with idelalisib (Zydelig),a PI3K inhibitor which is FDA approved for use in combination with rituximab. The toxicity of both agents is comparable. The worst toxicity observed with both agents is the predisposition to diarrhea and a form of autoimmune colitis as well as diarrhea, which seem to occur in tandem. However, those toxicities appear to be manageable as long as you pay careful attention during the use of duvelisib. Duvelisib, in addition to other drugs that target the B-cell receptor signaling pathway, is now being tested as upfront treatment for use in combination with other agents, such as venetoclax.

How has the outlook for CLL changed over the years?

The first thing that's happening is that our thinking has changed. One year ago, when I saw a young patient with CLL, I immediately looked at their cytogenetics to see whether they had a p53 mutation. If they did, oftentimes I felt that it was a very difficult situation to address. However, we are finding that many of the targeted agents are quite active in p53-mutated disease, and when used in combination with CD20-directed antibodies or other targeted agents, they are quite capable of reaching a state of undetectable minimal residual disease. Even in patients who had adverse prognostic factors that we once considered candidates for early transplantation, these new agents changing our mindset of what we think is achievable. The benefits to long-term survival are not yet known, and we are just beginning to understand how these agents can be best combined.

Two years ago, I would have said that the only combinations that are likely to produce complete responses in large numbers of patients were combinations like fludarabine, cyclophosphamide, and rituximab—not terribly useful in older patients—or a combination like BR which is less effective. Now, those kind of results, and even superior results, are achievable with combinations of targeted agents even in patients with p53 abnormalities.

The new abundance of targeted agents presents us with the challenge of designing effective trials combining these agents to determine which of the combinations are most likely to be effective. For example, we know that ibrutinib used with rituximab is probably no more effective than ibrutinib alone. As we learn more about these agents, and as we learn more about mechanisms of resistance, we may be able to actually cure CLL as opposed to just treat it.

What is your main takeaway to your colleagues treating patients with CLL?

Advances are occurring rapidly. We have a rich array of agents that we are just beginning to learn how to use. As opposed to chemotherapy, which was kind of a blunt approach to the problem of CLL, we are now capitalizing on the increasing understanding of the pathogenesis of the disease. The B-cell receptor signaling pathway provides an array of targets—many of which have now been effectively targeted. This is certainly encouraging. Targeting BCL-2 with BH3 mimetics, like venetoclax, also has provided us with improved ability to achieve undetectable MRD and deal with poor-prognosis disease. We need to learn to combine these agents and move them rapidly to the treatment of initial disease with the belief that early therapy with the most effective combinations may be highly beneficial to patients and result in actual cures.
Printer Printing...