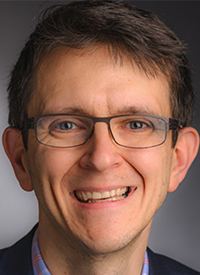 Bradley A. McGregor, MD
Since the frontline approval of nivolumab (Opdivo) combined with ipilimumab (Yervoy) for the treatment of patients with intermediate- and poor-risk advanced renal cell carcinoma (RCC), additional combination strategies—evaluating TKIs with checkpoint inhibitors—have come forth that are transforming treatment options once again.

Specifically, in April 2019, the FDA approved the combination of pembrolizumab (Keytruda) and axitinib (Inlyta) for the frontline treatment of patients with advanced RCC. Moreover, the agency granted a priority review designation to a supplemental biologics license application for the combination of avelumab (Bavencio) and axitinib (Inlyta) in the same patient population. With these novel regimens come unique adverse events (AEs), as well as dosage schedules and administration methods, said Bradley McGregor, MD, adding that treatment selection needs to be done on an individualized basis.

“The field of RCC is changing at a rapid rate and there are lots of options for our patients,” said McGregor. “Determining which option for which patients is going to involve a balanced discussion with the patient about side effects, convenience, [oral] versus intravenous, and how they want to manage their care going forward.”

In an interview during the 2019 OncLive® State of the Science Summit™ on Genitourinary Cancers, McGregor, clinical director of the Lank Center for Genitourinary Oncology, Dana-Farber Cancer Institute, senior physician, and instructor in medicine of Harvard Medical School, spoke about the various data that have emerged in RCC with combinations of immunotherapy, TKIs, and how he chooses between the available treatments for his patients.

OncLive®: Could you discuss the recent progress made in RCC treatment?

McGregor: It is sort of an embarrassment of riches when we think about the treatment options for kidney cancer that have evolved over the past couple of years. When you look at 10 to 12 years ago, before the advent of sunitinib (Sutent), nothing really worked. Cytotoxic chemotherapy didn’t have a role, interleukin-2 worked in 5% of patients with severe toxicities, and interferon had a lot of toxicities. Then we had TKIs over the next several years: sunitinib, sorafenib (Nexavar), axitinib, pazopanib (Votrient)—different variations of the same thing. Each drug offered a little new nuance, a new side effect profile, and different efficacy here and there.

Then, we had immunotherapy, which started changing things several years ago—with nivolumab showing improvement in overall survival (OS) and cabozantinib (Cabometyx) as [multikinase] inhibition. That sort of established this new paradigm of frontline TKI followed by nivolumab or cabozantinib.

Then, over the past couple years, we had this revolution in the first-line setting. It started with the combination of nivolumab/ipilimumab showing this improvement in OS in poor- and intermediate-risk patients, with complete response (CR) rates of 10%, which were unheard of. Updated data showed that these responses appeared to be durable. But, obviously, it’s not for everyone; the response rate is 40%.

We had data for atezolizumab (Tecentriq)/bevacizumab (Avastin) 1.5 years ago; in the PD-L1–positive patients, it improved progression-free survival (PFS), so we look forward to seeing the publication and what that data show us. There are a lot of changes for kidney cancer and it gives us a lot of options for our patients.

Could you expand on the clinical implications of the FDA approval of pembrolizumab/axitinib?

When we look at the nivolumab/ipilimumab, that was sort of the first approval based on risk classification. This is something we often did to give a patient an idea of how likely they were to respond and how likely they were to do overall. However, nivolumab/ipilimumab was for patients with intermediate- and poor-risk disease based on International Metastatic Renal Cell Carcinoma Database Consortium classification. Looking at the data early on, to this day, the PFS and OS seemed to favor sunitinib in favorable-risk patients. When we look at pembrolizumab/axitinib or axitinib/avelumab, the data show that independent of risk classification, there is a benefit. Pembrolizumab/axitinib is going to be a new standard of care for those patients with good-risk disease, which is an improvement versus sunitinib.

It’s going to require a bit more discussion with the patient. Do you want pembrolizumab/axitinib versus nivolumab/ipilimumab? We do see more long-term data with nivolumab/ipilimumab with the 3-year follow-up, and we do see that CR rates seem to be higher [than with pembrolizumab/axitinib]. You never want to compare trial to trial, but the CR rates are over 10% with nivolumab/ipilimumab. With the TKI/immunotherapy combos, they’re around 4% to 6%. It’s possible that with longer follow-up, the partial responses could turn to CRs. Long-term follow-up is going to be necessary to elucidate which combination will be right for each patient.

How are you currently deciding between the available combination regimens?

The [pembrolizumab/axitinib] approval was so recent that I haven’t had that challenge in clinic yet. From my take on this, if either patient has a pending crisis and I really need a response—if they have liver or lung metastases that are symptomatic—the TKI/immunotherapy combinations have a high response rate of 50% to 60%. If my goal is to get a response rate, going for the TKI/immunotherapy combination gives that best chance for an immediate response.

Or, I might have a younger patient who has minimal, small burden disease—or is of intermediate or poor risk, even good risk—but I want to do whatever has the best chance to get [them] off therapy in the future. Based on what we know right now, even with the long-term follow up of CheckMate-214, that some of these patients were able to stop therapy with nivolumab/ipilimumab and maintain their CR.

What were some other key updates from the 2019 Genitourinary Cancers Symposium?

We presented data with atezolizumab/bevacizumab at the 2019 Genitourinary Cancers Symposium, which looked at patients with clear cell RCC with sarcomatoid features or any non–clear cell histology. Our trial was unique in that we were collecting that medullary translocation and it hasn’t been well raised in other studies. We thought the combination was very well tolerated and the ORR was 26%—close to 30%—in all comers, with a median PFS of over 6 months. We are excited that there are potential opportunities to advance treatment in non–clear cell RCC using [single-agent] immunotherapy or immunotherapy with VEGF inhibition.

Could you expand on the JAVELIN RENAL 101 trial?

[Axitinib/avelumab] is going to be another option for our patients; with the data we have seen so far, there was an improvement in PFS and response rates. You’re never supposed to compare trials, but if you look at CheckMate-214 versus pembrolizumab/axitinib versus axitinib/avelumab, what stands out with avelumab/axitinib is the tolerability. Only 11% of patients required high-dose steroids, which is comparable with what was seen with atezolizumab/bevacizumab. It seems to be a well-tolerated regimen and so it certainly offers another potential option for our patients; it’s exciting to see the data mature.

What is the hope for cabozantinib as more combinations emerge?

Cabozantinib is clearly an active drug in RCC. When you look at cabozantinib in the METEOR trial—which showed an OS improvement in the second-line setting over everolimus (Afinitor)—the critique was that it was for patients who progressed on a TKI alone. As we change therapy and move to immunotherapy alone or with a TKI, does cabozantinib still have a role?

We did a retrospective review answering this very question of close to 100 patients between Dana-Farber Cancer Institute and Emory University, and we showed that independent of prior immunotherapy, cabozantinib was an active agent with no increase in toxicity. Cabozantinib will continue to have a role in this second-line setting, for certain.

Now, it may continue to have role in the frontline setting, [especially] for patients who are ineligible for immunotherapy and/or have autoimmune disease. We have the CABOSUN data showing an improvement in PFS with cabozantinib versus sunitinib in intermediate- and poor-risk disease. Certainly, in those patients who can’t get immunotherapy plus TKI, cabozantinib certainly has data establishing itself as a TKI monotherapy of choice in the frontline setting.

What are the data surrounding the combination of atezolizumab/bevacizumab?

We have seen atezolizumab/bevacizumab data in the IMmotion150 and IMmotion151 studies compared with sunitinib. Again, responses were similar to what we see with nivolumab/ipilimumab right around 40%. When we started looking at the data again, we see there is a difference in the PFS between investigator-assessed and independent central review, so we are looking forward to more clarification of that data.

What are some advances being made in the adjuvant setting?

The adjuvant setting for RCC is also changing. There have been 4 trials conducted looking at TKIs: the ASSURE trial of sunitinib or sorafenib showed no difference in PFS or OS, the ATLAS trial which looked at axitinib [versus placebo and showed] no difference in PFS or OS, and the PROTECT trial with pazopanib, which again showed no difference in OS or PFS. However, we did have the S-TRAC trial, which looked at very high-risk patients and showed that, with sunitinib for 1 year, there was an improvement in disease-free survival; however, so far we see no difference in OS. Given it has been FDA approved [in this setting], this is an option for patients who want to pursue that therapy, with the understanding that there are side effects that go with it.

In all those trials, the patient runs the risk of getting nothing. As I’m counseling patients about options, they’re often very concerned—"There is this trial that I could get nothing?” It is something that involves a balanced discussion with a patient. With the data we have, it is a very nuanced discussion done on an individual basis, and should be offered to patients with these trials. As we get the data from these trials with immunotherapy, then the landscape may change.

What other novel agents are being explored?

There are several trials ongoing. We have the trial with cabozantinib with [CB-839], a glutaminase inhibitor; it is impressive that there is no increase in toxicities but there is a great disease control rate. We have data looking at the HIF-2 inhibitor in combination with cabozantinib as well trying to build upon the success of what we already have. We are looking for new targets to help those patients who may not respond to what we have right now. I am really excited to see what these targets hold. I’m sort of excited to see what the long-term follow up of all of these TKI/immunotherapy trials is going to show. [Will there be] long-term durability and tolerability, and how does that play out? Those data are certainly very interesting going forward.
Printer Printing...