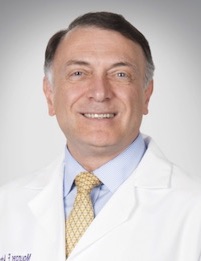 Due to the chronicity of the disease, patients with multiple myeloma are likely to relapse or become refractory to available treatments. However, monoclonal antibodies, immunomodulatory (IMiD) drugs, and novel compounds have shown impressive efficacy in restoring response rates and possible remissions.

In a presentation during the 2019 OncLive® State of the Science Summit™ on Hematologic Malignancies, Mounzer E. Agha, MD, director of the Mario Lemieux Center for Blood Cancers at University of Pittsburgh Medical Center (UPMC) Hillman Cancer Center, clinical director of the Hematopoietic Stem Cell Transplantation of UPMC, and visiting research associate professor of medicine at University of Pittsburgh School of Medicine, discussed the approaches that are leading to prolonged survival in patients with relapsed/refractory multiple myeloma.

For patients who are not refractory to lenalidomide (Revlimid), a triplet of daratumumab (Darzalex), lenalidomide, and dexamethasone may be preferred to the combination of lenalidomide and dexamethasone alone according to results from the phase III POLLUX trial.1 In the trial, patients with prior exposure to ≥1 line of therapy were randomized to the triplet or doublet. Results showed that patients, irrespective of cytogenetic risk, experienced a benefit in progression-free survival (PFS) with the addition of daratumumab.

The preliminary results were impressive, said Agha, and 3-year follow-up data have only solidified those findings. With these longer follow-up, the median PFS had yet to be reached among patients treated with daratumumab, lenalidomide, and dexamethasone compared with 17.5 months for those who received lenalidomide/dexamethasone alone.2

Another regimen worth considering, especially for lenalidomide-refractory patients, is the triplet of pomalidomide (Pomalyst), bortezomib (Velcade), and low-dose dexamethasone based on the results of the phase III OPTIMISMM trial.3 In this trial, patients with ≤3 prior lines of therapy, ≥2 having contained lenalidomide, were randomized to the triplet or bortezomib and dexamethasone alone.

Approximately 70% of patients in both arms were refractory to lenalidomide, thereby eliminating the utility of most regimens in the relapsed/refractory setting. Despite this, the triplet induced an overall response rate (ORR) of 82.2%  compared with 50.0% with the doublet.

“This study tells us that we can sequence a pomalidomide-based regimen immediately after lenalidomide failure rather than switching classes completely,” said Agha.

In addition to daratumumab, another monoclonal antibody of merit is elotuzumab (Empliciti) as assessed in the phase III ELOQEUNT-3 trial.4  In the trial, patients were randomized to elotuzumab, pomalidomide, and dexamethasone or pomalidomide/dexamethasone alone and treated until progression or unacceptable toxicity.

The majority of patients were refractory to both lenalidomide and a proteasome inhibitor (PI). Updated data of a nonprespecified analysis showed that patients treated with the elotuzumab regimen experienced a sustained and clinically relevant OS benefit compared with pomalidomide/dexamethasone (HR, 0.54; 95% CI, 0.30-0.96).

One of the biggest challenges is the growing number of patients who are becoming penta-refractory, having exhausted all PIs, IMiDs, and monoclonal antibodies, said Agha. These patients are in need of active novel therapies with a different mechanism of action.

Only one compound has shown substantial response rates in this setting and has recently been approved by the FDA. Selinexor (Xpovio) is now indicated for use in combination with dexamethasone for the treatment of adult patients with relapsed/refractory multiple myeloma who have received ≥4 prior therapies and whose disease is refractory to ≥2 proteasome inhibitors, ≥2 IMiD agents, and a CD38-targeted monoclonal antibody.

“The study shows that you can achieve deep and durable response with the agent,” said Agha.

Researchers are continuing to investigate additional treatment options for patients with myeloma, including but not limited to CAR T-cell therapy. For CAR T-cell therapy to be effective, the antigen has to be present on the surface of the malignant cell but not the normal cell. Notably, BCMA is expressed exclusively in B-cell lineage cells and for that reason has surfaced as a promising target, said Agha.

There are several anti-BCMA CAR T-cell products that currently being tested in clinical trials, including bb2121, bb21217, JCARH125, LCAR-B38M. The products are similarly designed with the exception of LCAR-B38M, which is a bispecific CAR T-cell product. However, whether its dual binding capacity has any bearing on its clinical activity has yet to be fully assessed, concluded Agha.