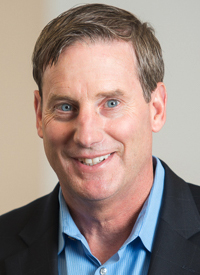 Results showed that the median OS was 11.5 months and 12.2 months with Toca 511/Toca FC and standard therapy, respectively (HR, 1.06; P = .6154). Moreover, all secondary endpoints did not show meaningful difference between the study arms. The safety data were as expected of the agents for this patient population.

A further analysis of the Toca 5 data is underway, and full results will be presented at an upcoming medical meeting, Tocagen, the developer of the regimen, stated in a press release.

"Recurrent brain cancer represents a very high unmet medical need and patients with this disease have very few treatment options," Marty Duvall, chief executive officer of Tocagen, stated in the press release. "While the Toca 5 trial results are disappointing, we will be conducting a thorough analysis of the data including molecular analyses and preplanned subgroups. In addition, we will be conducting an operational review. We sincerely appreciate the exceptional support from patients and their families as well as patient advocates, physicians, and our employees who have been committed to the rigorous study of Toca 511 and Toca FC in the Toca 5 trial."

In the multicenter, open-label, phase III Toca 5 study, patients undergoing first or second recurrence of glioblastoma multiforme (GBM) or anaplastic astrocytoma (AA) were randomized 1:1 to receive Toca 511 and Toca FC versus standard of care, which comprises chemotherapy with lomustine or temozolomide, or bevacizumab (Avastin). Toca 511 was administered at 4 mL via injection on day 1, and Toca FC was administered orally at 220 mg/kg daily for 7-day courses beginning ≥6 weeks after resection and repeated approximately every 6 weeks.

To be eligible for enrollment, patients must have been between 18 and 75 years old, have histologically proven GBM or AA, have measurable disease preoperatively, ≥4 weeks from their last dose of temozolomide, a candidate for ≥80% resection of enhancing region, and IDH1 mutation status or tumor samples must be available for pre-randomization testing, a Karnofsky performance score (KPS) ≥70, and laboratory values adequate to undergo surgery. Prior gamma knife, stereotactic radiosurgery, or other focal high-dose radiotherapy was permitted, but the subject must have either histopathologic confirmation of recurrent tumor, or new enhancement on MRI outside of the radiotherapy treatment field.

Patients received their randomization treatment prior to surgery and were stratified by IDH1 mutation status, following a second stratification based on KPS (70-80 vs 90-100). The trial was also stratified by geographical region during the randomization process.

Phase I data of Toca 511 and Toca FC previously showed that the treatment had excellent tolerability and the RRV component of the therapy persisted into the tumor, which was the basis for the phase II/III trial.2 In the open-label, ascending dose, multicenter trial, 45 patients with recurrent or progressive high-grade glioma were treated with Toca 511 and Toca FC.

Results showed that the OS for recurrent high-grade glioma was 13.6 months (95% CI, 10.8-20.0) and was statistically improved relative to an external control (HR, 0.45; P = .003). Moreover, tumor samples from patients who survived ≥52 weeks after Toca 511 delivery disproportionately displayed a survival-related mRNA expression signature, which identified a potential molecular signature with possible correlation with treatment-related survival versus it being a prognostic factor.