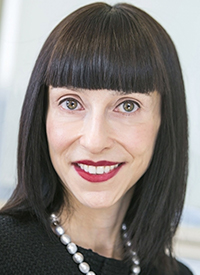 The emergence of HER2-targeted therapies has transformed the prognosis of HER2-positive breast cancer, and each successive therapy continues to further the progress, explained Tessa Cigler, MD, MPH, in a presentation during the 2019 OncLive® State of the Science Summit™ on Breast Cancer.

“Anti-HER2 targeted therapy has changed the natural history of early-stage and advanced HER2-positive disease,” said Cigler. “We have many approved therapeutic options for patients in the adjuvant and metastatic settings, with multiple agents in development and under evaluation.”

At the meeting, Cigler, an associate professor of clinical medicine at Weill Cornell Medical College and an associate attending physician at NewYork-Presbyterian Hospital, discussed the agents that are improving survival for women with early-stage and metastatic HER2-positive breast cancers.

The most recent study to read out in the adjuvant space is the phase III KATHERINE trial, said Cigler. In the trial, women with residual invasive disease following neoadjuvant chemotherapy and HER2-directed therapy (n = 1486) were randomized 1:1 to receive 14 cycles of either ado-trastuzumab emtansine (T-DM1; Kadcyla; n = 743) or trastuzumab (Herceptin; n = 743) every 3 weeks. Randomization took place within 12 weeks of surgery.

Although dual HER2-blockade was not mandated as part of neoadjuvant therapy, approximately 20% of patients received neoadjuvant trastuzumab and pertuzumab (Perjeta), making the results generalizable to current clinical practice, explained Cigler. The trial was well representative of a high-risk population, she added, as approximately 46% of patients were node-positive.

Notably, the benefit of T-DM1 was seen irrespective of hormone receptor (HR) status, extent of residual invasive disease, and prior exposure to single or dual HER2-targeted therapy. In terms of adverse events (AEs), T-DM1 resulted in slightly higher rates of thrombocytopenia that were within expectations. The safety data with the agent were otherwise comparable with what has been observed with trastuzumab.

“The study has been practice-changing,” said Cigler. “For patients with residual disease following neoadjuvant HER2-based therapy, continuing therapy in the adjuvant setting with T-DM1 over trastuzumab is certainly a good option.”

Next, the phase III APHINITY trial evaluated the addition of pertuzumab to adjuvant chemotherapy and trastuzumab in women with node-positive or node-negative disease (n = 4805). In the trial, patients were randomized to receive standard adjuvant chemotherapy plus 1 year of either trastuzumab/pertuzumab or trastuzumab/placebo. The majority of patients had lymph node involvement and were treated with an anthracycline-based regimen.

The results, although statistically significant and enough to warrant FDA approval, have not been as compelling in the clinic, according to Cigler. In the intention-to-treat population, the 4-year rate of iDFS was 92.3% with the addition of pertuzumab versus 90.6% with standard chemotherapy and trastuzumab alone (HR, 0.81; 95% CI, 0.66-1.00; P = .045).2 Expectedly, the rates of diarrhea were higher in the pertuzumab arm.

When broken down by HR status, investigators showed that women with estrogen receptor– and progesterone receptor–positive disease were more likely to derive benefit from neratinib than those with HR-negative disease.

Neratinib is associated with a high incidence of diarrhea, said Cigler; however, there is growing comfort with the emergence of aggressive antidiarrheal agents.

“In my practice, I will sometimes offer neratinib to women with very high-risk, HR-positive disease and see how they tolerate it,” she said.

In the metastatic setting, there are a handful of promising new agents, added Cigler. [Fam-] trastuzumab deruxtecan (DS-8201) has risen to the forefront, having demonstrated activity in heavily pretreated patients. In 2017, the agent garnered a breakthrough therapy designation from the FDA for use in women who received trastuzumab, pertuzumab, and T-DM1.

Since then, the agent has shown an objective response rate of 59.5% in a phase I trial of 111 women with advanced disease and prior exposure to T-DM1 (95% CI, 49.7-68.7).4  Investigators reported 20 cases of interstitial lung disease, pneumonitis, or organizing pneumonia and 2 treatment-related deaths in the trial.

Tucatinib is another novel therapy that has been put forth as a potentially viable option in the advanced setting—especially for those with brain metastases, said Cigler. The agent is currently under evaluation in combination with trastuzumab and capecitabine in the pivotal HER2CLIMB trial, in which previous treatment and active brain metastases do not serve as exclusion criteria.

Research exploring pyrotinib, an irreversible pan-HER TKI, in the breast cancer space has come predominantly from China. However, a phase I trial will evaluate the agent in the United States , added Cigler.

In terms of antibody-drug conjugates, XMT-1522 has shown preliminary antitumor activity. With a high cytotoxic payload, the agent is of particular interest for use among heavily pretreated patients with lower levels of HER2 expression, she said.

Additional agents include the bispecific monoclonal antibodies PRS-343 and ZW25, which are both currently under investigation in phase I trials.

“The future is very bright, and the paradigm for HER2-positive breast cancer will likely change as results from ongoing studies with new drugs and novel combinations mature,” concluded Cigler.