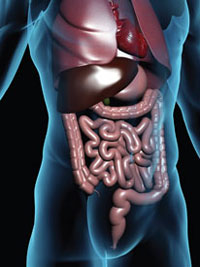 Patients receiving the same diagnosis, colorectal cancer (CRC) with synchronous peritoneal metastases (PM), were offered different treatments that led to dramatically different outcomes based upon the institution in which they were diagnosed. Findings presented at the 19th European Cancer Congress (ECCO 2017) revealed underutilization of a highly effective treatment, due to a lack of referral.

This study showed that only patients diagnosed at a hyperthermic intraperitoneal chemotherapy (HIPEC) center or an academic teaching hospital were likely to be offered cytoreductive surgery (CRS) and HIPEC treatment. During the 10 years that CRS/HIPEC treatment has been available, randomized controlled trials have demonstrated prolonged survival with the combination treatment as compared with the standard care of conventional surgery and systemic chemotherapy.1

With CRS/HIPEC, surgeons remove all visible tumors from the abdominal cavity, which is then bathed with chemotherapy that has been heated to 42 degrees Celsius to kill any remaining cancer cells. Hyperthermia augments the cytotoxicity of chemotherapy, and intraperitoneal installation allows for delivery of much higher doses locally than are possible systemically, while minimizing toxicity, according to Koen P. Rovers, MD, Department of Surgery, Catharina Hospital, Eindhoven, the Netherlands.

"HIPEC has demonstrated significant clinical benefit in 25% to 30% of patients with colorectal cancer and peritoneal metastasis, and is a vast improvement on systemic chemotherapy," said Rovers.

Rovers and colleagues used data contained in the Netherlands Cancer Registry, which is a nationwide registry that maintains records on every patient newly diagnosed with cancer in each of the 89 hospitals in the Netherlands. For this study, the investigators used all records for patients diagnosed with CRC and PM, but without concurrent systemic metastases, from 2005 to 2015.

Multivariate logistic regression analysis was done per hospital category (HIPEC center versus non-HIPEC, and academic/teaching hospital versus non-teaching) to devise the odds ratio (OR) for the use of CRS/HIPEC and the hazard ratio (HR) for the risk of death for the patients was calculated by multivariate Cox regression analysis. The analyses were adjusted by patient-related confounding variables, including age, gender, and socioeconomic status, and for tumor-related variables such as T-stage, N-stage, location, histology, and the degree of differentiation.

“Although available, CRS/HIPEC appears to be underutilized in the Netherlands, leading to suboptimal treatment of patients,” Rover commented.

No external funding was reported.