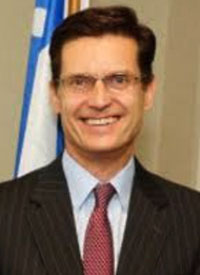 Vicinium led to 6- and 12-month complete response (CR) rates in patients with high-risk non-muscle invasive bladder cancer (NMIBC) who did not respond to Bacillus Calmette-Guérin (BCG) therapy, according to updated results of the phase III VISTA trial (NCT02449239).1

These data will serve as the basis for a biologics license application (BLA) that will likely be submitted to the FDA in the fourth quarter of 2019, Sesen Bio, the developer of Vicinium, stated in a press release. Following the submission, the company stated that an Oncologic Drugs Advisory Committee meeting is expected to take place to review the risk-benefit profile of Vicinium.

"After 2 very positive meetings with the FDA in the second quarter, we are now focused on initiating the BLA submission for Vicinium in the fourth quarter under an accelerated approval pathway with rolling review," Thomas Cannell, DVM, president and chief executive officer of Sesen Bio, stated in the press release. "We believe this regulatory pathway and our strong 12-month phase III data could potentially expedite patient access to Vicinium, which is particularly important in light of the ongoing BCG shortage."

In the open-label, multicenter, single-arm, phase III VISTA trial, investigators are evaluating the efficacy and safety of Vicinium in a high-risk population of patients with NMIBC who were unresponsive to BCG.

Patients enrolled on the study were adults with CIS and/or high-grade (Ta and T1) papillary disease who were unresponsive to prior treatment with BCG with or without interferon. Participants must have completed ≥2 courses of full-dose BCG, with ≥5 doses in the first course and 2 doses in the second course, and experienced disease recurrence within 30 weeks from the last BCG treatment for those with papillary NMIBC, or within 50 weeks for those with CIS.2

Vicinium at 30 mg in 50 mL of saline was instilled into the bladder 2 hours on a schedule of 2 times per week for 6 weeks in the induction phase, followed by weekly for 6 weeks followed by every 2 weeks for up to 2 years in the maintenance phase.

The primary endpoints of the trial are CR rate and duration of response (DOR) in the first cohort; secondary endpoints include time to disease recurrence in the third cohort, as well as time to cystectomy, progression-free survival, event-free survival, and overall survival (OS) across all 3 cohorts.

Earlier data showed that more than 95% of screened NMIBC samples expressed EpCAM. Regarding safety, adverse events (AEs) were noted in 46% of patients.2 The most common AEs were dysuria (12%), urinary tract infection or pollakiuria (10%), and hematuria (7%). Three treatment-related serious AEs were observed, including renal failure with grade 4 cholestatic hepatitis in 1 patient and grade 3 acute kidney injury in another patient that recovered.

Updated safety findings showed that 95% of all AEs were grade 1/2, and serious AEs were observed in 14% of patients. Four patients discontinued treatment due to an AE.

The FDA granted a fast track designation to Vicinium in August 2019 for the treatment of patients with BCG-unresponsive, high-grade NMIBC.