Dr. Tsimberidou on the Impact Trial in Patients With Advanced Cancer

Dr. Siefker-Radtke on the Phase II Study of Erdafitinib in Patients With Urothelial Carcinoma
OncologyLive > Vol. 18/ No. 21 > 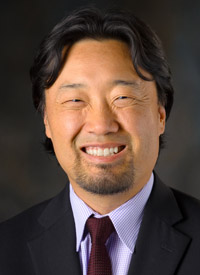 What is the role of the TRK pathway?

These neurotrophin family receptors are really identified as neural receptors: TRK A is involved in thermoregulation, TRK B in movement, memory, body weight and appetite, and TRK C in proprioception. It was subsequently found that there were cancer cells that displayed these unique fusion genes involving the NTRK genes fused to a partner promoter of some type that seems to drive through the MAPK [mitogen-activated protein kinase] pathway. The cancer cells seemed to be oncogenically addicted to the TRK pathway. I think initially there was some interest in targeting these receptors for the management of pain but when they found these fusions, they thought that maybe it was worth trying this in cancer.

How is the TRK pathway being targeted for cancer treatment?

Larotrectinib [LOXO-101] epitomizes this drug class. It’s a small-molecule inhibitor that specifically targets these TRK fusion proteins. The other molecule in development is entrectinib [RXDX-101], which is the most specific inhibitor of TRK. There’s some suggestion that drugs like crizotinib [Xalkori] have some inhibitory effects on TRK and there are some other molecules in development.

I think cabozantinib [Cabometyx/Cometriq] also has some TRK inhibitory activity. But these are very “dirty” [nonselective] kinases. If you look at the kinome, where TRK is, it’s kind of the same region as where ALK and ROS are, which both crizotinib and entrectinib target. So, some of the more “dirty” kinases probably would target TRK as well but I’m not entirely sure they would have the same effect as larotrectinib or entrectinib, which have IC50s [half maximal inhibitory concentrations] that are very specific and potent for these TRK proteins.

In what kinds of cancer types do TRK inhibitors have the greatest potential?

David Hyman, MD, of Memorial Sloan Kettering Cancer Center gave a fantastic presentation at the 2017 American Society of Clinical Oncology [ASCO] Annual Meeting about larotrectinib, which suggested that the effects of these drugs are independent of histology. That is what is unique about this drug. Anybody who has these TRK fusions, independent of the partner gene and of the specific NTRK gene involved, responds to larotrectinib profoundly, and experiences profound tumor shrinkage.
... to read the full story
To Read the Full Story
REGISTER
LOG IN