Microbiome Emerges as a Hot Topic in Cancer Research 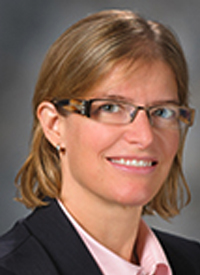 Jennifer A. Wargo, MD, MMSC
In the early 20th century, research findings about the nature of microbes upended the traditional understanding of science and medicine. The acceptance of germ theory revolutionized medical care, and ultimately led to improved public health and longer life spans. A similar microbe-driven revolution may be afoot in oncology, as researchers uncover and untangle the relationships between the microbiome and cancer.

Two decades ago, it was nearly impossible to systematically study the human microbiome because most human bacteria cannot grow outside of the human body. Research initiatives such as the Human Microbiome Project, which the National Institutes of Health launched in 2007 as an extension of the Human Genome Project,2 have helped expand knowledge about the microbiota. Advances in genomic sequencing also have brought the microbiome into reach, scientifically speaking. Now, researchers can sequence the DNA of cells and identify the bacterial profile based on DNA formation. As a result, researchers have identified distinct microbiomes of different organs within the body, as well as differences between the microbiomes of individuals.

Ninety-nine percent of the microbial mass in the human body is found within the gastrointestinal (GI) tract,5 but the microbiota exerts systemic as well as local effects on physiological functions. In terms of carcinogenesis, the GI microbiota has been linked to cancers in the GI tract and in other organs (TABLE).3 Although GI activity of these microorganisms has been extensively studied, understanding is also growing about the microbiota in other epithelial barriers, such as the mouth and skin.3

Scientists and physicians, for instance, have long been aware of a link between poor oral health and cancer. “We know that periodontal disease mysteriously is related to increased risk of upper gastrointestinal cancer,” said Jiyoung Ahn, PhD, an associate professor of Population Health and Environmental Medicine at NYU School of Medicine, and the associate director of Population Science at NYU Perlmutter Cancer Center in New York City. “But people didn’t have a good explanation why. Some people didn’t believe it at all.”
... to read the full story
To Read the Full Story
REGISTER
LOG IN