Cancer Research Versus Care: Just How Different Are the Goals? 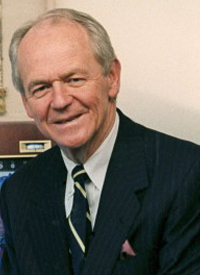 “I started university with the intention of being an engineer. The classes I took were all about rigorous measurement and analysis. I then earned a degree in mathematics and statistics during medical school. When I completed medical school, and saw surgeons operating on gut instinct or medical folklore, I was surprised,” Brennan said. “It didn’t take me too long to realize that I could probably make something useful of myself by taking all these analytical techniques I had learned and applying them to surgery. The only real trick was selling others on the idea and getting myself in the position to do the research I wanted to do.”

Brennan was born in Auckland, New Zealand, in 1940, and raised in the southern part of the country. He was a good student and a good athlete, playing Provincial Rugby (which is just 1 step below the national team).  He was president of the University Student Union and his university’s nominee for a Rhodes scholarship.

Brennan left the NCI after 6 years and moved to New York to begin his ongoing tenure as a professor of surgery at Weill Medical College and to accept the first of many positions at Memorial Sloan Kettering Cancer Center (MSK). He is now the vice president for International Programs and director of the Bobst International Center at MSK.

Brennan realized that the sheer volume of patients treated at MSK would speed his efforts to scientifically evaluate surgical techniques. The only problem was that senior colleagues saw little value in controlled trials of seemingly good procedures.
... to read the full story
To Read the Full Story
REGISTER
LOG IN