Homing in on Targeted Treatment Strategies in Breast Cancer

Dr. Husain on Liquid Biopsy Versus Tissue Biopsy in NSCLC

Single Versus Multiagent Therapy: It's Time to Revisit the Choices 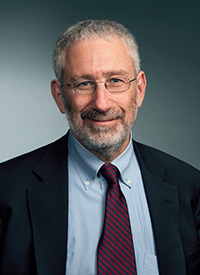 Maurie Markman, MD
The fundamental goal of all antineoplastic therapeutic strategies is to favorably influence clinically meaningful outcomes. This may include, depending on the setting, an improvement in overall survival or time to subsequent progression of the disease process, the reduction or elimination of cancer-related symptoms, or a delay in the development of such symptoms.

Although one might argue that the dose of both drugs should be reduced or the schedule modified, what if only 1 of the agents is actually responsible for the majority of or all the observed benefit and removing the inactive drug would be a more rational approach than reducing the dose of both agents? Of course, in this situation it would simply not be possible to know the answer to this potentially highly clinically relevant question; the intent of highlighting this issue here is solely to emphasize the added complexity associated with optimizing individual patient care when employing multiagent antineoplastic therapy.

The intent of this commentary is not to suggest the lack of clinical utility of multiagent treatment, compared with single- agent therapy in the management of malignant disease. Numerous examples of the superiority of this basic approach in terms of improving overall survival can be provided in many clinical settings.

A wonderful example in my area of clinical interest is the landmark study that combined 1 of 3 single-agent cytotoxic drugs (paclitaxel, topotecan, or pegylated liposomal doxorubicin) with the antiangiogenic agent bevacizumab (Avastin) in the management of platinum-resistant ovarian cancer.1 Not only did the combination regimen with bevacizumab produce a highly statistically significant and clinically relevant improvement in time to disease progression compared with single-agent chemotherapy, but there was also evidence of a more favorable impact on cancer-related symptoms such as pain. Further, subgroup analysis revealed that the addition of bevacizumab favorably influenced outcomes when added to all 3 single agents, strongly suggesting the generalizability of its positive impact when combined with cytotoxic chemotherapy in this clinical setting. Finally, it is notable that the agents being combined in this regimen were hypothesized not only to possess fundamentally different mechanisms of biological activity but also to be potentially synergistic when delivered in combination, rather than simply be additive in their clinical effects.

However, it is important to acknowledge that the focus of care for many advanced or metastatic cancers is beginning to change from an acute illness management model to one in which the malignancy is considered as a very complex, life-threatening, likely ultimately fatal, but also more chronic illness.
... to read the full story
To Read the Full Story
REGISTER
LOG IN