Investigators Seek Expanded Use of Checkpoint Inhibitors in RCC 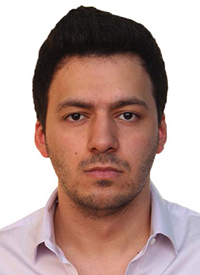 According to the 2018 Globocan report, over 400,000 cases of renal cell carcinoma (RCC) are diagnosed yearly, resulting in more than 175,000 deaths around the world.1 One-third of patients with RCC have unresectable locally advanced or metastatic disease, and 20% to 40% of patients presenting with localized disease eventually have metastatic relapses.2 Among the histological types of RCC, clear-cell RCC is the most frequent type by a wide margin.

Significant advances in the treatment of metastatic RCC occurred during the past decade, with multiple targeted therapies added as treatment options for this disease. These therapies were either of the antiangiogenic class, including sunitinib (Sutent), sorafenib (Nexavar), axitinib (Inlyta), pazopanib (Votrient), cabozantinib (Cabometyx), lenvatinib (Lenvima), and bevacizumab (Avastin), or the mammalian target of rapamycin (mTOR) inhibitor class, such as temsirolimus (Torisel) and everolimus (Afinitor).3-5 However, some tumors are inherently resistant to these therapies and most tumors that initially respond will eventually progress.

Furthermore, in contrast to the wide array of available therapies in the metastatic setting, in patients with localized disease, the results of trials investigating adjuvant systemic therapy after nephrectomy have so far been underwhelming. Sunitinib is currently the only therapy shown to confer a statistically significant benefit compared with placebo in the adjuvant setting, but only for diseasefree survival, not overall survival, and with conflicting results between 2 pivotal trials.6-9

Immune checkpoint inhibitors (ICIs) are a new class of drugs designed to augment a patient’s immune response against a tumor by targeting immune checkpoints that physiologically limit immune activation. The immune checkpoints that are the targets of FDA-approved drugs are PD-1, PD-L1, and CTLA-4.10 ICIs have thus far shown significant survival benefit in a large number of tumor types, including RCC,5 and at the time of this writing, 6 PD-1/PD-L1 inhibitors and 1 CTLA-4 inhibitor have been approved by the FDA. A few, such as nivolumab (Opdivo) and ipilimumab (Yervoy), are approved for use in RCC, although others are undergoing testing in this disease type.

In the metastatic setting, nivolumab was the first ICI to show significant efficacy in the treatment of RCC. The landmark CheckMate-025 phase III trial randomized patients with at least 1 prior line of systemic therapy to either nivolumab or everolimus, showing a hazard ratio (HR) for overall survival (OS) of 0.73 (98.5% CI, 0.57-0.93; P = .002) and an overall response rate (ORR) of 25%.11 Subsequently, atezolizumab (Tecentriq) and pembrolizumab (Keytruda) showed ORRs of 25% and 38.2% in treatment-naïve patients in the phase II IMmotion150 and KEYNOTE-427 trials, respectively.12,13 Although these results were considered significant advances in the treatment of metastatic RCC, it was hypothesized that patient treatment outcomes could be further improved by combining ICIs with other drugs.