Early-Stage NSCLC Is Ripe for Change 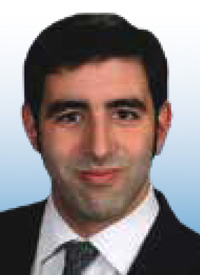 There has been dramatic progress with the introduction of targeted therapies and immune checkpoint inhibitors in the management of advanced non–small cell lung cancer (NSCLC). Biomarker-driven targeted therapy has revolutionized the management of oncogene-driven lung adenocarcinomas. Multiple generations of agents are now available for the treatment of EGFR-, ALK-, and ROS-aberrant lung adenocarcinomas. Furthermore, effective agents are either available or rapidly emerging for BRAF-, RET-, MET-, NTRK-, and ErbB2-positive subsets. In addition, immune biomarkers, such as PD-L1 and tumor mutational burden (TMB) analysis, inform clinicians as to the proper choices of immunotherapies, alone or in combination with chemotherapy, as treatment for the majority of patients without actionable alterations. By now there is very little justification for the use of conventional chemotherapy alone as first-line therapy. We have similarly witnessed a sea change in the management of locally advanced disease. The PACIFIC study has established a new standard with adjuvant durvalumab (Imfinzi) following concurrent chemoradiation, leading to major survival benefits.1

In this context, it is extremely disappointing that for the very population of early-stage patients for whom cure is most likely, and for whom the impact of novel therapies could be the most substantial, little has changed since the acceptance of adjuvant chemotherapy for resected stage IB-IIIA patients as the standard of care about 2 decades ago. Since then, we have only witnessed failed attempts at improving on the status quo, with negative results from postoperative radiation (PORT meta-analysis Trialists Group),2 antiangiogenic (ECOG 1505),3 and vaccine therapies (MAGRIT).4 Furthermore, outside of nodal involvement and tumor size, no validated biomarkers exist in this setting to guide patient management. Adjuvant chemotherapy remains the standard of care for patients with resected NSCLC. Results from the landmark International Adjuvant Lung Cancer Trial showed that cisplatin-based postoperative chemotherapy improved survival, marking a new era in NSCLC management.5 The Lung Adjuvant Cisplatin Evaluation meta-analysis of the 5 key trials of this era echoed these results, showing an overall survival (OS) benefit of 5.4% at 5 years—although adjuvant chemotherapy was found to be harmful in stage IA NSCLC.6 Nonetheless, outcomes remain poor; the modest benefit offered by adjuvant chemotherapy indeed seems to lessen over time due to significant toxicities and other long-term complications of treatment. The time is thus ripe to reenergize research with a focus on improving our curative strategies in this setting.

The introduction of targeted therapies in the adjuvant setting highlights this general disappointment. Over the past 15 years, EGFR tyrosine kinase inhibitor (TKI) therapies have been tested in several adjuvant studies, yielding mixed results—partly due to misguided patient selection and poor trial design (Table 1). The nonmolecularly selected NCIC CTG BR19 trial found no improvement in survival for patients receiving gefitinib (Iressa) compared with placebo in stage IB-IIIA surgically resected patients, even in a subset analysis based on EGFR mutation status—although this subset was very small, leading to underpowered analyses.7 The RADIANT study randomized resected stage IB-IIIA EGFR-positive patients, as defined by immunohistochemistry (IHC) or fluorescence in situ hybridization, to receive erlotinib (Tarceva) or placebo following optional adjuvant chemotherapy, and similarly did not find any difference in disease-free survival (DFS) or OS—not surprisingly, in retrospect, given incorrect biomarker choice.8 Although a subset of patients with EGFR mutations showed a DFS advantage, the results were not significant owing to the hierarchical study design, and OS appeared identical. The subsequent multicenter phase II SELECT study of erlotinib for 2 years following resection of stage IB-IIIA EGFR-mutated NSCLC used more scientifically valid biomarker selection and included only patients with EGFR mutations.9 The study had excellent overall results and reached its endpoint of improved DFS compared with historical controls, but the results are difficult to interpret in the absence of a true control group. Furthermore, a significant relapse rate soon after stopping adjuvant therapy is worrisome. This highlights the specific concern that adjuvant targeted therapy might lack actual curative effect, possibly leading only to delays in recurrence. The results, therefore, are not viewed as practice changing. The latest major trial to conclude, ADJUVANT, a randomized phase III Chinese study comparing adjuvant chemotherapy with gefitinib, reached its primary endpoint of significant DFS improvement (median DFS of 28.7 vs 18 months).10 However, available OS data argue against a substantial true benefit, and the study was criticized for not offering standard-of-care chemotherapy in the gefitinib arm. Based on these studies, adjuvant EGFR TKIs may be beneficial to delaying recurrence, but clear OS benefits—the key endpoint in such studies—remain elusive. Erlotinib has also been studied in the neoadjuvant setting (CSLC 0702, ML25444).11,12 Although well tolerated, it is unclear given the limited data whether neoadjuvant erlotinib holds any meaningful survival benefits.

Meanwhile, principally through the ALCHEMIST study, there is a continued effort in the United States to demonstrate the value of TKIs for early-stage NSCLC. ALCHEMIST was originally designed to test adjuvant targeted therapy in resected stage IB-IIIA patients following receipt of adjuvant chemotherapy.13 Despite high hopes for ALCHEMIST, a group of trials studying adjuvant erlotinib and crizotinib (Xalkori), accrual has been slow, leading to concerns about whether it can be successfully completed and, of more concern, whether it is becoming obsolete as more effective EGFR- and ALK-targeted agents have shown great success in the advanced setting. The potential of another first-generation TKI, icotinib (Conmana), as adjuvant therapy for stage II-IIIA NSCLC is currently being investigated in a number of phase III studies in China, including ICWIP (NCT02125240), EVIDENCE (NCT02448797), and ICTAN (NCT01996098).

The important ADAURA study being conducted in a similar setting utilizes adjuvant osimertinib (Tagrisso), a third-generation EGFR TKI with greater central nervous system penetrance that targets the T790M resistance mutation. Osimertinib has become the standard-of-care frontline option in advanced disease, thereby making ADAURA the most relevant of ongoing targeted adjuvant trials. In general, the lack of investment in adjuvant studies has led to a series of missed opportunities over the past decade and a half, hopefully informing us about the next wave of studies ahead.

Immunotherapy represents the next frontier of oncology, with the FDA already approving checkpoint inhibitors for a growing variety of cancer types, including 2 anti–PD-1 and 2 anti–PD-L1 agents for the management of advanced and locally advanced NSCLC.14 Although checkpoint inhibitors are in widespread use for treatment-refractory advanced NSCLC, they remain investigational for early stages, which is when their efficacy would likely be the most robust and their impact could be the most significant. Clearly, great efforts urgently need to be expanded to assess these agents. To this end, a variety of studies are ongoing in both the adjuvant and neoadjuvant settings. The latter has been speculated to be particularly attractive (Table 2).

The administration of immunotherapy prior to surgical resection might be particularly advantageous, as larger tumors are thought to generate greater immune activity than micrometastatic disease. Furthermore, the pathologic specimen allows for an early and robust readout of therapeutic activity, which might be particularly helpful in the selection of combination regimens for further studies. Completed efforts investigating this theory include TOP1201 and the pilot study by Forde and colleagues. Results of the phase II TOP1201 study by Yi et al demonstrated significant activation of CD4/CD8 lymphocytes after chemotherapy and ipilimumab (Yervoy) in stage II-IIIA NSCLC, although it did not meet the primary endpoint of detecting a significant increase in circulating T cells with specificities against tumor-associated antigens.15 Yang et al subsequently demonstrated the safety and feasibility of surgical resection in this study population.16 Forde and colleagues treated a cohort of 22 patients with resectable stage I-IIA NSCLC with 2 cycles of nivolumab (Opdivo) prior to surgical resection.17 The neoadjuvant nivolumab was not only safe and feasible but also associated with a 45% pathologic response rate in 9 of 20 patients who underwent resection, and 3 patients had a complete response. In addition, biomarker analysis of this cohort yielded remarkable data as to neoantigen discovery and identification of activated T-cell clones, providing an excellent platform for future studies.

Trials in the Neoadjuvant Setting

Another immune checkpoint inhibitor, durvalumab, was recently approved for treatment of unresectable stage III NSCLC.1 This agent is now being investigated in a number of phase II neoadjuvant studies, including IONESCO, NCT02572843, and NCT02904954. In addition to studying durvalumab therapy, NC02904954 is examining whether there is an added benefit from the administration of stereotactic body radiation therapy (SBRT) prior to, or concurrently with, durvalumab therapy. Another ongoing trial, NCT03148327, examines this combination as adjuvant therapy in patients who are medically inoperable or who decline surgery. The investigation of SBRT in conjunction with durvalumab could further expand treatment options for early-stage patients who are undergoing immunotherapy, thanks to the abscopal effect, through which local irradiation of the primary tumor is followed by regression of disease at nonirradiated metastatic sites—a phenomenon hypothesized to occur due to generation of a systemic immune response following the release of neoantigens from the irradiated tumor.18 Within the past decade, as the use of immunotherapy has risen, there has been a growing consensus that a combination of radiotherapy and immunotherapy is superior to either modality alone, which certainly warrants further investigation in earlier-stage NSCLC. With the expanding use of curative radiation-based strategies in lung cancer management, these studies will provide key data for large groups of patients.