Management of CNS Metastases in R/R HER2+ mBC

A Comprehensive Review of Hemibody Irradiation for Patients with Bone Metastases 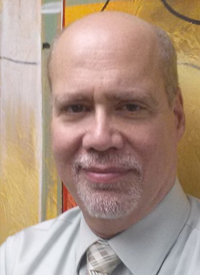 A comprehensive review was initiated on hemibody irradiation for patients with solid tumors with an emphasis on bone metastases to determine the efficacy and the toxicity of this treatment.

A literature search was done on PubMed for “radiotherapy” or “radiation therapy” and “hemi-body” or “half-body.” The studies were analyzed for their endpoints of efficacy, usually pain relief, and for toxicity. The treatment method, including toxicity prevention methods, were also extracted. Because of the lack of common endpoints and poor reporting methods of the authors in the time period involved, no statistical evaluation was done.

A total of 29 relevant patient series reported in 33 publications were abstracted. There were 6 prospective trials (2 phase III, 3 phase II and 1 phase I), 5 prospective series and 18 retrospective series. This comprised a total of 1841 patients treated with hemibody irradiation. Of the 1627 defined primaries, 46% were prostate, 32% were breast and 8% were lung. Most patients were treated with 8 Gy lower or mid hemibody irradiation and/or 6 Gy upper hemibody. There was no uniform reporting among the articles, and often they reported only partial or complete relief. A weighted average among 1005 patients with sufficient information reported 32% complete and 53% partial pain relief. Hemibody irradiation can also delay progression of bone metastases. Toxicity was primarily nausea and hematologic.

Hemibody irradiation is an apparently efficacious treatment with acceptable toxicity given in simple anterior-posterior fields. Its efficacy may be improved with even less toxicity using modern techniques.

Oncology has become increasing expensive without an equivalent return in value. For example, Ra-223 treatment has been adopted as a standard treatment for men with bone metastases with a full course of treatment costing about ,000. In contrast, hemibody irradiation is an older treatment that may deliver the same efficacy for a very small fraction of the cost. Hemibody irradiation is a simple radiation therapy technique in which patients are treated with large anterior and posterior fields encompassing half of the body. The original publication on the technique was from Fitzpatrick at Princess Margaret Hospital in Toronto in 1978.1 He described the results of “half-body” irradiation of 5 Gy to 10 Gy (uncorrected for tissue inhomogeneity) given on Co-60 or a Clinac 35 MV accelerator. The researchers shielded the eyes and did not treat the skull if there were no metastases in the skull, and similarly they omitted the lower legs if there was no disease present. The reason the investigators chose to omit the skull was to avoid hair loss. One hemibody field was treated and then, after the blood counts returned to the pretreatment levels (which was generally about 28 days) the alternate half was treated. Outcomes of 82 patients were reported, primarily breast cancer patients, and found that lower hemibody irradiation had few or no side effects and the primary toxicities of upper hemibody irradiation were nausea, vomiting and diarrhea. These usually started about one hour after treatment. One week after irradiation stomatitis and vulvitis were noted in some patients. The researchers found hematologic problems with sequential, bilateral hemibody irradiation only when the time between treatments was less than 28 to 35 days. Two autopsy proven cases of radiation pneumonitis developed after the 16th week, 1 at 8 Gy and 1 at 10 Gy. The investigators concluded1:
... to read the full story
To Read the Full Story
REGISTER
LOG IN