On the Radar for 2020: Oncology Experts Weigh In on Key Trends 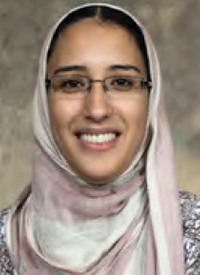 I recently attended a CV writing workshop where the male speaker discussed how it helps to include personal information to provide your interviewer with a glimpse of who you are outside of work. He spoke about how he personally writes a blurb about being a father and how talking about his children has been a great ice-breaker in many interviews. A female colleague said she would be hesitant to do the same for fear of being judged as someone less devoted to work, pointing out that women’s discussions about their home lives provoke different reactions and are associated with various biases.

Over the years, many of my colleagues have made similar statements. I distinctly remember a conversation with a friend who was told that her pregnancy was “ill-timed” and would mark the “end of her career.” Many of my colleagues have voiced frustrations about vague, nonconstructive performance evaluations with scathing remarks that were not backed by any objective findings. As women, we, unfortunately, face obvious discriminatory behaviors and not-so-obvious microaggressions in our careers.

It is true that we have come a long way since 1847 when Elizabeth Blackwell, MD, was accepted into Geneva Medical College—an incident that began as a prank but that culminated in the long-delayed inclusion of women in medicine. Dr Blackwell, inspired by the death of a close friend who said her suffering would have been much alleviated if her care had been provided by a female physician, decided to apply to medical schools. As a joke, the all-male student body at Geneva voted “yes” to her application, assuming she would never join their ranks. In 1849, against all odds, Dr Blackwell was the first woman to receive a medical degree from a US medical school, paving the way for all of us who follow in her footsteps.1

In 2017, for the first time in US history, more women (50.7%) than men entered medical schools. Women now make up an estimated one-third of US physcians.2