Dr. Hart on Personalized Treatment Approach for Patients With HER2+ Breast Cancer 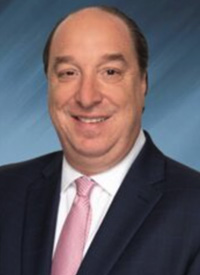 When hurricane Irma hit Florida in 2017, it churned its way up the western coast of the state and moved directly over the largest cluster of independent practices in the Florida Cancer Specialists (FCS) group. Nevertheless, the chain was able to reopen 86 of its 100 offices within just a few days of the storm’s passing, and it got the remainder open a couple of days later. Almost a year later, FCS narrowly avoided another direct hit when Hurricane Michael moved up through the Gulf with astonishing power and destructiveness, making landfall in the Tallahassee, Florida, area.

Robert “Bo” Gamble, director of strategic practice initiatives for the Community Oncology Alliance (COA), said the association works to prepare its member practices for adversity. The best way to do this is to educate them with examples of practices that have overcome such challenges. “That’s probably the most enlightening,” Gamble said. “Some people think about disasters and say, ‘I have to back up my computer system and keep my fingers crossed.’ It’s so much more than that.”
... to read the full story
To Read the Full Story
REGISTER
LOG IN