KTE-X19 Poised to Have Promising Future in MCL Paradigm

The Changing Treatment Landscape in MCL and CLL: A Review of Standards of Care 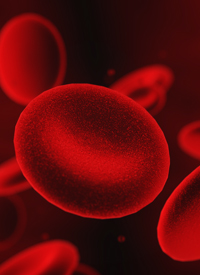 MCL is a rarely occurring but clinically aggressive entity that accounts for approximately 2% to 10% of all NHLs.1,7,8 Annual incidence of MCL in the United States is estimated to be approximately 0.51 to 0.55 per 100,000 persons, which is similar to rates observed with marginal zone lymphoma, lymphoplasmacytic lymphoma, and Burkitt lymphoma.1 MCL is more common among males and individuals over the age of 60 and rarely occurs among those individuals who are younger than 30 years.1 Some studies have suggested a rising incidence in the past 2 decades, although the contribution of improved diagnosis may artificially inflate the number of cases. As MCL was only formally categorized as a B-cell NHL subtype in 1992,9 there is limited historical data for comparison.1
... to read the full story
To Read the Full Story
REGISTER
LOG IN