Dr. Rugo on Recent Updates With Immunotherapy in TNBC
News > 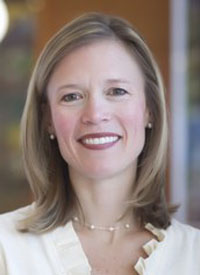 For patients with breast cancer, brain metastases has become a challenging and more prominent subtype-dependent issue.

“As many of our systemic therapies have improved, the brain remains a sanctuary site and we're still at the cusp of understanding why certain breast cancer cells find their way to the brain,” said Carey Anders, MD, associate professor, Department of Medicine, Division of Hematology and Oncology, UNC-Chapel Hill.

In an interview during the 2016 OncLive State of the Science Summit on Metastatic Breast Cancer, Anders discussed available and emerging treatment options for patients with breast cancer that has metastasized to the brain.

OncLive: Please provide some background on the issue of brain metastases in patients with breast cancer.

Anders: Breast cancer brain metastases are becoming more common…We know some of this is subtype dependent, meaning certain subtypes of breast cancer, such as HER2-positive, triple-negative, or basal-like breast cancer, are more likely to metastasize to the brain. We're still trying to understand what those biologic properties are that allow for brain honing. As we're improving systemic therapies, the brain remains the sanctuary site such that cells that have the ability to survive in circulation find their home in the brain.

Can you discuss some of the systemic therapies?

In my opinion, the most work has been done in the HER2-positive population, so there are a lot of exciting therapies, some old and some new. Lapatinib is probably the most tried and true and has been most extensively studied in HER2-positive brain metastases, but we're seeing the next generation of lapatinib, such as ONT-380, and MM-302, which is a HER2-targeted liposomal doxorubicin. We're also seeing derivatives of irinotecan either it's pro-drug or it's metabolite also packaged into liposomes including the MM-398 compound and then Nectar NKTR-102 compound.

How is the toxicity profile with the HER2+ agents, and how do you decide which treatment to use?

Some of the toxicities associated with HER2+ small molecule inhibitors relate more to how much activity the drug has against EGFR, which is also HER1. When we see HER1 or EGFR inhibition, the toxicities can manifest in skin toxicity with rash, as well as diarrhea. As we've seen these drugs evolve we've moved away from HER1 or EGFR and more toward HER2, not only to have a more potent signaling pathway in the cell but also to minimize the toxicities.

Are there any other ongoing trials looking at any of these agents?

One of the agents I'm excited to see results of is the abemaciclib compound. It's well known in the setting of ER-positive breast cancer that CDK inhibition has proven to be quite fruitful. One of the key properties about abemaciclib is its ability to cross the blood brain barrier, so I'm very curious to see the results of the I3Y-MC-JPBO study, which is a sponsored study by Eli Lilly and Company. It will be looking at the efficacy of abemaciclib, a brain permeable CDK4/6 inhibitor in the setting of breast cancer, as well as myeloma and non–small cell lung cancer.

What subtype has the highest incidence of brain metastases?

How do you decide if a patient should receive whole brain radiation?

The decision to recommend whole brain radiation therapy as opposed to stereotactic radiotherapy is really based on the number of lesions and size of lesions the brain. Traditionally and based on the studies in this field, 1 to 3 lesions are more appropriate for a stereotactic radio surgery approach and the line in the sand from a size criteria is a lesion that is less than 3 centimeters.

What are the strategies to improve neurocognitive outcomes?