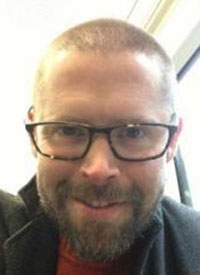 The addition of the off-the-shelf cancer immune primer ilixadencel to sunitinib (Sutent) trended toward a benefit in overall survival (OS) compared with sunitinib alone as a first-line treatment for patients with newly diagnosed metastatic renal cell carcinoma (RCC), according to updated results of the phase II MERECA trial (NCT02432846) presented during the 2020 ASCO-SITC Clinical Immuno-Oncology Symposium.1,2

Updated data from December 2019 confirm the separation in survival curves in favor of the ilixadencel arm, which was projected by Kaplan-Meier curves in the prior readout of data; results showed that 54% of patients who received ilixadencel/sunitinib were alive compared with 37% of those who received sunitinib alone. The median OS value in either arm cannot yet be calculated, as the data remain immature, Immunicum AB (publ), the developer of ilixadencel, stated in a press release.

Moreover, the extended analysis showed that, of 70 evaluable patients, the combination regimen demonstrated a confirmed objective response rate (ORR) of 42.2% compared with 24.0% for sunitinib alone.