Cancer Research Versus Care: Just How Different Are the Goals?

Management of Patients with Cancer
News > 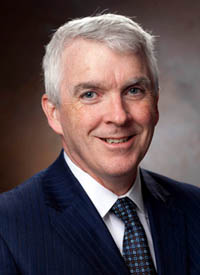 Thomas J. Lynch, Jr, MD
Even at a young age, Thomas J. Lynch, Jr, MD’s ideas about his future career focused on taking care of patients who had a serious disease. Although, at the time, 10-year old Thomas didn’t realize the “serious disease” that his father, a hematologist, treated was called “cancer,” his father’s devotion to his patients influenced his son’s choice.

Lynch has seen some impressive advancements over the course of his life’s work. For example, Lynch, who specializes in treating patients with lung cancer, recalls the early days of treatment. “We were treating patients with platinum-based chemotherapy,” said Lynch. “Yes, we were helping them, but it is nowhere near what we can do now with targeted therapies and immuno-oncology type drugs. The opportunities are extraordinary.” Lynch and colleagues pioneered the use of molecular testing for EGFR mutations in lung cancer.
... to read the full story
To Read the Full Story
REGISTER
LOG IN