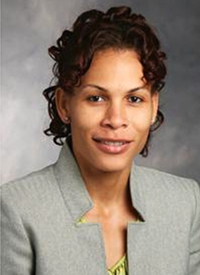 Among the recent success in the ovarian cancer landscape with PARP inhibitors, many novel agents have also emerged and are paving paths in various settings of the disease.

mutations in patients with ovarian cancer.

OncLive: Could you please provide an overview of your presentation?

English: I spoke about novel treatment options in ovarian cancer, namely ADCs, and a bit about p53 reactivation drug therapy. The most promising thing would be the ADCs that are already in phase III trials.

It is now being looked at in a phase III clinical trial, called FORWARD I, and being compared with physician’s choice in platinum-resistant ovarian cancer. The physician’s choice options include the typical single agents that we use in platinum-resistant ovarian cancer such as doxorubicin, topotecan, and paclitaxel. The typical single agents used in this setting have response rates in the range of 10% to 20%. This ADC does seem to hold promise.

Are there any other ADCs in development?

There are other ADCs targeting other antigens or proteins that are overexpressed in ovarian cancer. One [target] is mesothelin, which is expressed on the majority of ovarian cancers. There is an ADC called anetumab ravtansine that is targeting the mesothelin protein. This ADC is conjugated to the antimicrotubular agent DM4. It did show some promise in ovarian cancer, but there were more meaningful results in mesothelioma. There is a phase II trial looking at this ADC in combination with bevacizumab (Avastin) versus bevacizumab plus paclitaxel in platinum-resistant disease.
... to read the full story
To Read the Full Story
REGISTER
LOG IN