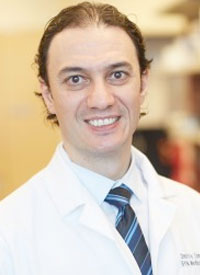 Immunotherapy with PD-1/PD-L1 inhibitors has been slower to develop in gynecologic cancers than in several other solid tumors.

Zamarin, a medical oncologist at Memorial Sloan Kettering Cancer Center who specializes in the care of women with gynecologic cancers, discusses previous findings and the next steps necessary to advance immunotherapy in the field.

Onclive: What have been the findings so far with immunotherapy in gynecologic cancer?

Zamarin: The immune checkpoint inhibitors, which have been the most promising in other cancers, have unfortunately not worked out as well in gynecologic malignancies. In the general population now of cervical cancer, ovarian cancer, or endometrial cancer, the preliminary reports that have been presented at meetings show the response rates seem to range from 10% to 15%.

For the rest of the patients, I think these drugs still hold promise and the response rate does mirror something that we see with single-agent chemotherapies in the later line settings, but it's not going to be the immunotherapeutic solution to gynecologic cancers.

Can you discuss the current state of biomarker development in gynecologic cancers?

This is a problem that plagues not just gynecologic cancers but any cancer. Unlike the biomarkers for some of the targeted therapies, where presence of a specific mutation or overexpression of a certain protein can predict whether a patient would respond to certain drugs or not, I think we are understanding that the biomarkers for immunotherapies are likely going to be much more complex.
... to read the full story
To Read the Full Story
REGISTER
LOG IN