Dr. Curran on the Integration of Immunotherapy With Radiation Therapy in Lung Cancer 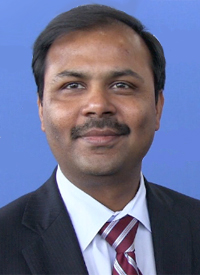 Advancements in the prevention and treatment of patients with lung cancer have picked up momentum over the past decade and now is the time to build on that progress according to Suresh S. Ramalingam, MD, FASCO. In a presentation at the 2020 Winter Lung Cancer Conference® Ramalingam reviewed major advancements in lung cancer and identified key areas of focus for the field.1

“There are a lot of challenges, but I think it is fair to say that we have made substantial progress in lung cancer—patients are living longer and better and it is up to us to build on this momentum,” Ramalingam said. He is the Roberto C. Goizueta Chair for Cancer Research, professor, Department of Hematology and Medical Oncology, and deputy director of the Winship Cancer Institute of Emory University.

Building on the advancements in molecular classification, continued exploration of the utility of plasma circulating tumor DNA (ctDNA) and making preventative CT screening accessible for high-risk individuals are 3 important areas for research and education.

Looking at EGFR specifically, Ramalingam noted that there have been significant advances in the past 15 years. Five agents are approved to target the mutation, with osimertinib (Tagrisso) approved in both the first- and second-line settings. Recent osimertinib data demonstrated its continued utility 5 years after its approval.

At 3 years, 28% of patients in the osimertinib group and 9% in the comparator group continued on treatment and the median exposure was 20.7 months and 11.5 months, respectively.2

“There is a lot of exciting progress happening in the space and this has been made possible by technologies that allow us to sequence patient’s tumors and help identify the best treatment option for a given patient,” Ramalingam said.

However, molecular testing is not done as often as it should be, according to Ramalingam. Data from a global survey conducted by the International Association for the Study of Lung Cancer demonstrated that 50% to 60% of respondents (N = 2537) said that they are performing molecular testing in their clinic, however 61% reported that most patients in their country do not receive molecular testing. The primary barriers for molecular testing are time, awareness, access, quality, and cost.3

The role of ctDNA in lung cancer is in molecular testing to understand mechanisms of resistance to targeted therapy, yet there are data to suggest that ctDNA appears to have a prognostic ability to identify acquired resistance following treatment with an EGFR TKI.