Emerging Agents for HER2+ mBC: HER2CLIMB and SOPHIA Trials

The HER2CLIMB-02 Trial Design, Results and Implications
OncologyLive > Vol. 19/No. 24 > 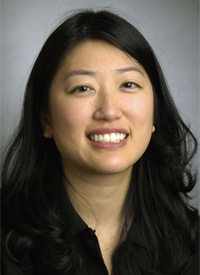 Evidence continues to build that tucatinib, a novel small molecule HER2 inhibitor, is safe and effective for patients with advanced HER2-positive breast cancer in combination with standard therapies, including for those who develop brain metastases from their primary disease. There are currently no systemic therapies that the FDA has specifically approved for this population, even though brain metastases are prevalent in the malignancy.1

Tucatinib is being explored in combination with trastuzumab (Herceptin), which also targets HER2, plus capecitabine in patients with previously treated unresectable locally advanced or metastatic HER2- positive breast cancer in the HER2CLIMB trial (NCT02614794). The study is open to patients regardless of central nervous system (CNS) involvement. This includes patients without evidence of brain metastases and those with untreated or previously treated lesions who are not in need of immediate local therapy.

The triplet regimen was associated with a 42% CNS response rate among patients with brain metastases during a small phase I study, Nancy U. Lin, MD, said during a presentation at the 2018 San Antonio Breast Cancer Symposium (SABCS).1,2 Lin is the principal investigator for HER2CLIMB at Dana-Farber Cancer Institute in Boston, Massachusetts, where she is clinical director of the Breast Oncology Center at the Susan F. Smith Center for Women’s Cancers and director of the Metastatic Breast Cancer Program.