The FDA has granted a rare pediatric disease designation to lutetium-177-omburtamab-DTPA for use as a potential therapeutic option in pediatric patients with medulloblastoma, according to an announcement from Y-mAbs Therapeutics, Inc., the developer of the product.

The FDA has granted a rare pediatric disease designation (RPDD) to lutetium-177(177Lu)-omburtamab-DTPA for use as a potential therapeutic option in pediatric patients with medulloblastoma, according to an announcement from Y-mAbs Therapeutics, Inc., the developer of the product.1

The monoclonal B7-H3 antibody that has been radiolabeled with 177Lu is currently under exploration in pediatric patients with refractory medulloblastoma as part of a multicenter phase 1/2 trial (NCT04167618). Another phase 1/2 trial (NCT04315246) is investigating the use of 177Lu-omburtamab-DTPA in adult patients with B7-H3–positive, central nervous system/leptomeningeal metastasis from solid tumors.

“The RPDD makes us eligible for a Priority Review Voucher [PRV] upon potential approval of the biologics license application for this rare pediatric cancer,” Thomas Gad, founder, chairman, and president of Y-mAbs Therapeutics, Inc., stated in a press release. “Among our leading compounds under development, 4 now have RPDDs, and this designation for 177Lu-omburtamab-DTPA further increase our chances of ultimately receiving multiple PRVs.”

The pediatric trial is estimated to enroll a total of 40 children and adolescents diagnosed with medulloblastoma who were recurrent or refractory to first-line therapy, which could have involved surgery, craniospinal irradiation, stereotactic radiosurgery, or multiagent chemotherapy regimens.2

To be eligible for enrollment, patients need to have available molecular classification per World Health Organization 2016 criteria, and be in cytological or radiographic remission, have residual disease, multifocal recurrent disease, or pure leptomeningeal disease.

Moreover, patients needed to have a performance status score ranging from 50 to 100 on Lansky or Karnofsky scales, a life expectancy of at least 3 months, and adequate hematological status, as well as liver and kidney function.

If patients had residual disease that were larger than 5 mm in the smallest diameter, grade 4 neurotoxicity, an uncontrolled life-threatening infection, received radiation less than 3 weeks before screening, received systemic or intrathecal cytotoxic chemotherapy or intrathecal immunotherapy less than 3 weeks prior to screening, or if they previously received any anti–B7-H3 treatment, they were excluded.

The dose-escalation phase of the trial has a 3 + 3 sequential-group design. In this portion of the research, participants will be given a dosimetry dose, which will be followed by a maximum of two 5-week cycles of treatment doses of 177Lu-omburtamab-DTPA. In the cohort-expansion phase, participants will be given a maximum of five 5-week cycles of the product at the recommended dose that will be identified in the first part of the trial. End of treatment will happen within 5 weeks after the last cycle of treatment. Thereafter, patients will enter into the follow-up period of the trial, where they will be followed for up to 2 years following their last dose of treatment.

The primary end points of the trial include incidence of adverse effects (AEs) and serious adverse effects (SAEs) in 1 year and 2 years. Secondary end points include activity of 177Lu in the blood—specifically the time for maximum absorbed radiation dose and the elimination of half-life of radioactivity, absorbed radiation dose of 177Lu in the blood and cerebrospinal fluid, a dosimetry analysis of 177Lu, maximum plasma concentration in the cerebrospinal fluid and in serum, and elimination of half-life in the cerebrospinal fluid and serum.

177Lu-omburtamab-DTPA will also be examined in adult patients with leptomeningeal metastasis from solid tumors, which could include primary ductal or lobular breast cancer, non–small cell lung cancer, or malignant melanoma.3

To participate, patients will need to have type I or type II leptomeningeal metastasis, a life expectancy of more than 2 months per investigator assessment, an ECOG performance status ranging from 0 to 2, and adequate hematological status as well as liver and kidney function.

The trial has a similar design to that of the trial being done in pediatric and adolescent patients, as well as primary and secondary objectives.

“We are dedicated to bring 177Lu-omburtamab-DTPA to patients who desperately need alternative methods of treatment,” Claus Moller, MD, PhD, chief medical officer of Y-mAbs Therapeutics, Inc., stated in a press release. “We are very pleased by this recognition by the FDA and look forward to expanding the ongoing phase 1 studies with 177Lu-omburtamab-DTPA into separate phase 2 arms.”

Previously, in June 2021, 177Lu-omburtamab-DTPA received a positive opinion from the European Medicines Agency regarding an orphan medicinal product designation for use in the treatment of patients with medulloblastoma.4 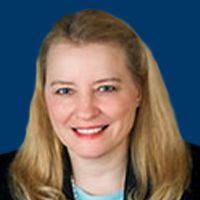 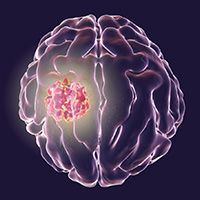