Dr. Dorff on Current Agents for Patients With mCRPC

Dr. Aggarwal on the Future of ADT for Patients With Prostate Cancer

Dr. Agarwal on the STAMPEDE and LATITUDE Trials for Prostate Cancer 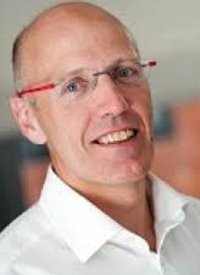 Earlier intervention with abiraterone acetate (Zytiga) lowered the risk of death by nearly 40% for men with high-risk advanced or metastatic prostate cancer who were newly diagnosed or had not yet received hormone therapy in findings from 2 clinical trials presented at the 2017 ASCO Annual Meeting.

Results from the phase III LATITUDE trial demonstrated that the addition of abiraterone plus prednisone to androgen deprivation therapy (ADT) lowered the risk of death by 38%. The combination more than doubled median progression-free survival (PFS) to 33 months compared with 14.8 months for ADT plus placebo in men with newly diagnosed, high-risk metastatic disease (HR, 0.47; 95% CI, 0.39-0.55; P <.0001).1

In the STAMPEDE trial, which consisted of a broader population of high-risk hormone-naïve patients including some participants with nonmetastatic disease, results showed that the addition of abiraterone to standard initial therapy lowered the relative risk of death by 37% and improved the PFS by 71%.2 The 3-year survival rate was 83% with abiraterone plus standard therapy compared with 76% for standard therapy alone.

“It is remarkable to see the similarity in survival benefit across the 2 studies in the metastatic population,” said Sumanta Kumar Pal, MD, a medical oncologist at City of Hope in Duarte, California, who served as ASCO’s expert commentator during the presscast Saturday where both studies were discussed.

He said the LATITUDE data “should immediately reshape our treatment algorithms for prostate cancer, and abiraterone with conventional hormone therapy should become a new standard of care for men with high-risk metastatic prostate cancer.” He said the STAMPEDE data confirm that approach for metastatic patients but that more study is needed to move abiraterone forward for individuals with nonmetastatic disease.

However, Nicholas James, BSc, MBBS, PhD, lead investigator on the STAMPEDE trial, said abiraterone plus prednisone improves the standard of care for men with hormone-naïve prostate cancer regardless of metastatic disease status.

“Based on the magnitude of clinical benefit, we believe that the upfront care for patients newly diagnosed with advanced prostate cancer should change,” James said in a statement.

The evidence in favor of earlier treatment for patients with advanced or metastatic prostate cancer has been an emerging development in recent years, experts noted at the press conference. In 2014, results from the randomized phase III CHAARTED study involving 790 men demonstrated that the addition of docetaxel to ADT prolonged median overall survival (OS) for men with newly diagnosed metastatic, hormone-sensitive prostate cancer by nearly 14 months compared with ADT alone.3

In 2015, a noteworthy benefit was observed in another part of the STAMPEDE study, which is an ongoing multiarm, multistage randomized clinical trial being conducted in the United Kingdom and Switzerland. The much larger trial, which involved 2962 patients, demonstrated a median OS of approximately 77 months for patients receiving docetaxel plus standard therapy versus 67 months for standard therapy alone in men with newly diagnosed, hormone-naïve advanced prostate cancer.4

Although docetaxel improves outcomes, toxicities associated with the chemotherapy agent are a concern, particularly for older patients who are more likely to develop metastatic prostate cancer, noted Pal. He said abiraterone “provides an important alternative to the use of chemotherapy.”

Abiraterone has been approved by the FDA since 2011 in combination with prednisone for patients with metastatic castration-resistant prostate cancer. The drug, which is orally administered, blocks androgen production by inhibiting CYP17, an enzyme expressed in testicular, adrenal, and prostate tumor tissue.

“The benefit from early use of abiraterone we saw in this study is at least comparable to the benefit from docetaxel chemotherapy which was observed in prior clinical trials, but abiraterone is much easier to tolerate, with many patients reporting no side effects at all,” said Karim Fizazi MD, PhD, lead author of the LATITUDE study, in a statement.