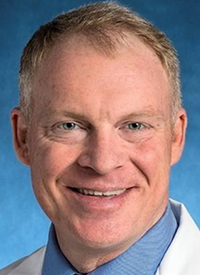 “For children, adolescents, and young adults who have a first relapse of B-lineage ALL that is either early or [minimal residual disease (MRD)]–positive after the first month [of chemotherapy], blinatumomab is superior to chemotherapy as post-reinduction consolidation prior to transplant,” Patrick A. Brown, MD, director of the Pediatric Leukemia Program, and associate professor of oncology at Johns Hopkins Medicine, said in a press conference during the meeting.

“This is due to fewer and less severe toxicities, higher rates of MRD response, greater likelihood of proceeding to transplant, and improved DFS and OS. Thus, blinatumomab constitutes a new standard of care in this setting.,” he explained.

Cure rates for pediatric and AYA ALL are high; however, relapse occurs in approximately 15% of patients. This leads to poor survival outcomes, especially in those that occur within 3 years of diagnosis or when the patient’s relapse is still MRD-positive after the first month of chemotherapy. Standard options for this specific population include intensive chemotherapy followed by transplant.

In the AALL1331 trial, investigators sought to determine whether substitution blinatumomab for intensive consolidation chemotherapy improves survival in first relapse of pediatric and AYA B-ALL. A total 208 patients who were between the ages 1 and 30, received 1 month of induction chemotherapy, and had early or late relapse with high levels of MRD were randomized to either a control arm of 2 blocks of intensive chemotherapy (n = 103) or 2 cycles of blinatumomab (n = 105) and then went onto HSCT.

Investigators initially planned to enroll 222 patients. However, randomization was halted at 208 patients; in September 2019, a Data Safety Monitoring Committee determined that the blinatumomab arm was superior based on better survival and MRD clearance as well as less toxicity.2

To be eligible for enrollment, patients must have had an ECOG performance score of 0 to 2 and had no prior stem cell transplant or rescue or prior treatment with blinatumomab. Patients with Philadelphia chromosome–positive disease were excluded from enrollment.

The primary endpoint was DFS of high- and intermediate-risk patients with B-ALL at first relapse; secondary endpoints include MRD clearance, adverse events (AEs), and bridge to transplant.