Dr. Coleman on Next Treatment Steps for Patients With Ovarian Cancer 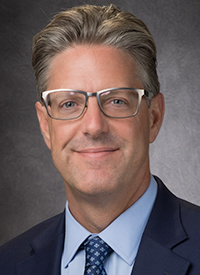 Nathan Fowler, MD
The combination of lenalidomide (Revlimid) and obinutuzumab (Gazyva) elicited a 100% overall response rate (ORR) in patients with relapsed indolent non-Hodgkin lymphoma (NHL) that was refractory to rituximab (Rituxan), according to findings of a single-arm, phase I/II trial presented at the 2019 ASH Annual Meeting.

Specifically, in a subgroup of patients with marginal zone lymphoma (MZL) and small lymphocytic lymphoma (SLL), results showed that the ORR was 88%, which included a complete response (CR)/CR unconfirmed (CRu) rate of 44%, a partial response (PR) rate of 44%, and a 25% stable disease (SD) rate. In patients with follicular lymphoma, the ORR was 100%, with a 75% CR/CRu rate and a 25% PR rate. No cases of progressive disease (PD) were observed in either group.

“The combination of lenalidomide and obinutuzumab is very active with high response rates in [patients with] relapsed low-grade lymphoma and, importantly, we saw very high responses in 3 subsets of patients: those who are rituximab-refractory, those who had progressed within 2 years, and those who are in their third line of therapy,” lead study author Nathan Fowler, MD, professor of medicine, Department of Lymphoma and Myeloma, Division of Cancer Medicine, The University of Texas MD Anderson Cancer, said in a presentation during the meeting. “The toxicity profile was very similar to what we reported in several trials with lenalidomide/rituximab.”

Treatment options for patients with relapsed indolent NHL are often linked with short remissions or intolerable adverse events (AEs). Preclinical data have demonstrated that lenalidomide in addition to a CD20-directed monoclonal antibody increases antibody-dependent cell cytotoxicity (ADCC). While lenalidomide plus rituximab is highly active in patients with treatment-naïve and relapsed indolent NHL, obinutuzumab is said to have enhanced affinity for the FcγRIIIa reception, which leads to improved ADCC and is also active in rituximab-refractory NHL, thus demonstrating rationale for this trial, according to Fowler.

In the phase I/II trial, investigators evaluated the combination of lenalidomide and obinutuzumab in 66 patients with grade 1 to 3a follicular lymphoma (n = 57), SLL (n = 5), or MZL (n = 4). Patients could not have had transformation of disease and must have received ≥1 prior therapy to be eligible for enrollment.

Treatment was given in a 3+3 study design with 3 dose levels of lenalidomide at 10 mg, 15 mg, or 20 mg, on days 2 through 22 in 28-day cycles; if patients were responding at the end of 6 cycles, they were given the option to stop therapy. Otherwise, they received lenalidomide for up to 12 cycles. Obinutuzumab was given weekly at 1000 mg in cycle 1 followed by monthly for up to 6 cycles. After this, obinutuzumab was switched to a maintenance schedule and administered every 2 months for up to 30 months. If patients progressed after 1 year of lenalidomide/obinutuzumab, then their treatment was discontinued.

The co-primary endpoints of the trial were maximum-tolerated dose (MTD) and ORR; secondary endpoints include PR and CR rates, progression-free survival (PFS), overall survival (OS), and effect on tumor and immune microenvironment.

In the phase I portion of the trial, the recommended dose for lenalidomide when in combination with obinutuzumab was determined to be 20 mg. No dose-limiting toxicities were observed.

The median time to response, evaluated by Cheson criteria, was 3 months, and all patients were evaluable for response; 23 patients remain on therapy.

Moreover, in patients who were refractory to rituximab, the ORR with the combination was 100% with a 63% CR rate; six PRs were reported in this subgroup and no patients had SD. For patients who received ≥3 prior lines of therapy, the ORR was 97%, the CR rate was 68%, and the PR rate was 29%; 1 patient (3%) had stable disease. Patients who had disease progression within 2 years achieved a 96% ORR, which comprised a 66% CR rate, 30% PR rate, and 4% SD rate. No cases of PD were reported in any of these 3 stratified groups.

“You see a trend that, regardless of these different populations, the ORR and CR rates were actually fairly similar," Fowler commented.