Dr. Saba on Unique Set of Challenges Caused By COVID-19 in Head and Neck Cancer

Dr. Ferris on a Trial Testing ADU-S100/MIW815/Pembrolizumab in Head and Neck Cancer

Dr. Burtness on the Effectiveness of Immunotherapy in Head and Neck Cancers
Conference Coverage > 2018 ESMO Congress > 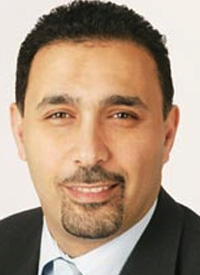 Results from the international De-ESCALaTE HPV trial support chemoradiotherapy, the current standard of care, for the treatment of patients with HPV-positive oropharyngeal cancer. According to late-breaking research reported at the 2018 ESMO Congress, cisplatin plus radiotherapy resulted in better overall survival (OS) and the same rate of all-grade toxicity compared with cetuximab (Erbitux) plus radiotherapy.1

“Many patients have been receiving cetuximab with radiotherapy on the assumption that it was as effective as chemotherapy with radiotherapy and caused less side effects, but there has been no head-to-head comparison of the 2 treatments,” said lead investigator Hisham Mehanna, MD. “The surprise of the study was in the survival. What we found was significantly worse survival with cetuximab. The number needed to treat to cause harm was 12.”

The incidence of oropharyngeal squamous cell carcinoma has been rising rapidly in Western countries with a doubling in the UK from 1996 to 2006, and another doubling from 2005 to 2010, an increase that has been attributed to HPV.

Patients with HPV-positive oropharyngeal cancer tend to be younger than those with HPV-negative cancer and thus will have to endure the lifelong side effects of chemotherapy for perhaps decades, explained Mehanna, chair, Head and Neck Surgery, Institute of Cancer and Genomic Sciences, University of Birmingham, UK.

“Younger patients respond well to treatment but the corollary to that, of course, is that they live for 3 or 4 decades after treatment,” he said at a press briefing. “And the treatment has significant toxicity, so they have to withstand the treatment effects.”

Cetuximab, an EGFR inhibitor, has therefore been proposed for treatment de-escalation to reduce the toxicity of standard cisplatin treatment. Data from a 2006 study showed that cetuximab with radiotherapy reduced the risk of locoregional progression or death without an increase in toxicity compared with radiotherapy alone in patients with locoregionally advanced head and neck cancer.2

The aim of De-ESCALaTE was to compare cetuximab with standard cisplatin for survival and toxicity when combined with radiotherapy in HPV-positive low-risk oropharyngeal cancer. A total of 334 patients were enrolled at 32 centers in the UK, Ireland, and the Netherlands. Patients were randomly assigned to radiotherapy and either cisplatin or cetuximab. Eighty percent of patients were male and the average age was 57 years.

The study “showed that toxicity is the same with chemoradiation and cetuximab, even though there are more serious adverse events with chemoradiation,” said Jean-Pascal Machiels, MD, from the Department of Oncology, Cliniques Universitaires Saint-Luc, UCLouvain, Brussels, Belgium. “Clearly, we have a signal that chemoradiation has more activity in this setting. It should remain the standard of care.” The results cannot be extrapolated to HPV-negative disease, he added.

In a statement issued by ESMO, Branislav Bystricky, MED, head, Medical and Radiation Oncology Department, University Hospital Trenčín, Slovakia, said that the results from De-ESCALaTE are in agreement with interim findings of the US National Cancer Institute’s RTOG 1016 trial, which is scheduled to report this month.

“We now have two studies showing that these patients should not be given cetuximab,” he said. “Future research should examine whether genotyping for the KRAS-variant can select a group of patients that will benefit from cetuximab treatment with radiotherapy.”

Mehanna said that the findings from De-ESCALaTE emphasize the importance of conducting head-to-head controlled clinical trials before switching from a standard of care. He added that patients with HPV-positive oropharyngeal cancer deemed unable to tolerate chemotherapy may receive cetuximab.