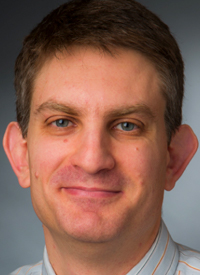 A DNA methylation–based cell-free DNA (cfDNA) assay demonstrated high specificity and accurate localization of cancers to specific regions of the gastrointestinal (GI) tract, according to results of the Circulating Cell-Free Genome Atlas (CCGA) study (NCT02889978), which will be presented during the 2019 Gastrointestinal Cancers Symposium.1

“The potential of this test is to diagnose cancer earlier, when it’s more treatable. The ability to do that across cancer types could be quite valuable. Many of the cancer types that this test detects don’t currently have screening tests that allow earlier cancer detection before the cancers cause symptoms,” lead study investigator Brian M. Wolpin, MD, MPH, director of the Gastrointestinal Cancer Center, and director of the Hale Family Center for Pancreatic Cancer Research at Dana-Farber Cancer Institute, stated in a press release.2

Challenges currently exist with early identification of GI cancers, as small tumors are normally not easily detected in routine physical exams. Additionally, screening tests do not exist for cancers of the gallbladder, bile duct, or pancreas and are invasive for colorectal and gastric cancers. Therefore, GI cancers are more commonly diagnosed when they are already at advanced stages and are more difficult to treat.

In the prospective, multicenter, observational, case-control CCGA study with longitudinal follow-up, investigators enrolled approximately 15,000 patients across >20 types of newly diagnosed malignancies, and across all stages, as well as individuals without cancer.

In this second substudy of the CCGA trial, plasma DNA underwent a cross-validated targeted methylation sequencing assay, in order to develop an algorithm that would identify the presence of GI cancer and its location. The data to be presented at the 2019 Gastrointestinal Cancers Symposium will focus on patients with GI cancers as well as those with noncancer controls.

“The data show that evaluating methylation of cell-free DNA within a blood sample, may detect a variety of gastrointestinal cancers with good sensitivity and with a low rate of false positives,” Wolpin stated in the press release. “If further validated with additional testing, this approach has the potential to allow us to diagnose gastrointestinal cancers earlier, when they’re more treatable.”