Dr. Lee on Cirmtuzumab/Ibrutinib Dosing in MCL and CLL

Dr. Andre on the Rationale for the KEYNOTE-177 Trial in mCRC

Dr. DiNardo on the Role of Venetoclax in AML
Dr. Overman on Potential Application of ctDNA in CRC
Conference Coverage > 2020 Gastrointestinal Cancers Symposium > 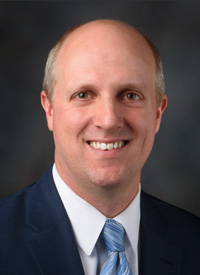 In findings presented at the 2020 Gastrointestinal Cancers Symposium, data demonstrated a substantial improvement in patient-reported QoL assessments with both the triplet and doublet regimens versus the control arm in this patient population.2

Previously, the FDA granted a priority review designation to a supplemental new drug application for the combination of encorafenib and cetuximab as a treatment for patients with advanced BRAF V600E–mutant mCRC following up to 2 prior lines of therapy. The FDA is expected to decide on the application in April 2020.

In an interview with OncLive during the 2020 Gastrointestinal Cancers Symposium, Kopetz, who is the lead BEACON CRC study author, and a professor in the Department of Gastrointestinal Medical Oncology, Division of Cancer Medicine, at The University of Texas MD Anderson Cancer Center, closely examined the triplet and doublet option for patients with BRAF V600E–mutant mCRC and other novel regimens being explored.

OncLive: What options are available for patients with BRAF V600E–mutant mCRC?

Kopetz: Patients who have BRAF V600E–mutant mCRC have a very poor prognosis compared with other subtypes of patients with metastatic CRC. As a result, the standard-of-care options until recently were fairly limited. A key option was acknowledging that while BRAF inhibition was able to transiently inhibit the key pathways, it takes a combination of BRAF inhibition with EGFR inhibition to maximize the clinical benefit. That was the rationale for the phase III BEACON CRC study.

Could you discuss the BEACON CRC study design?

This was a large, phase III study that enrolled more than 600 patients and looked at BRAF V600E–mutated mCRC, in the second- or third-line setting. Patients were randomized to receive either a control arm of [cetuximab plus an irinotecan-containing regimen] versus the 2 intervention arms, which is the triplet arm of BRAF, MEK, and EGFR inhibition with encorafenib, binimetinib, and cetuximab, or the doublet of encorafenib and cetuximab.

What results were presented at the 2020 Gastrointestinal Cancer Symposium?

The study met its primary endpoint, both with a higher response rate of 26% and 20% in the 2 experimental arms, triplet and doublet, respectively versus 2% in the control arm. There was also an improvement in median overall survival with the triplet at 9.0 months for the patients versus 5.4 months.

A question [from this research] is, “How does this impact the quality of life for our patients?” This was the focus of updated data being presented here at the 2020 Gastrointestinal Cancers Symposium.

The data are looking at how to optimally treat these patients. We know that patients with a BRAF V600E mutation should be treated differently than others. This is showing that aggressive chemotherapy may be effective initially, but the duration of benefit from standard cytotoxic chemotherapy is less than we see in others. You have to think about how you address the targeting of the BRAF mutation itself.

We think about this population as a very distinct entity, as it is. At a biologically level, the precursor lesions, polyps, and the activated carcinogenic pathways are different. The clinical outcomes are different for these as well.