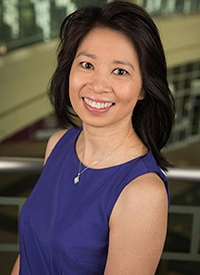 The combination of pembrolizumab (Keytruda) and cabozantinib (Cabometyx) has antitumor activity in patients with previously treated metastatic renal cell carcinoma (RCC) and is tolerated at their separate approved doses for this indication, according to findings from a dose-escalation cohort of a phase I study that were presented during the 2019 Genitourinary Cancers Symposium.

Among 8 patients enrolled with RCC of any histology, the best objective response was a partial response in 2 patients and stable disease in 4 patients; 2 patients experienced progressive disease. The maximum-tolerated dose (MTD) was identified as 60 mg of oral cabozantinib daily plus 200 mg of pembrolizumab intravenously every 3 weeks, said senior study author Elaine Lam, MD, during the meeting.

No dose-limiting toxicities (DLTs) were observed with cabozantinib at 40 mg when used in combination with pembrolizumab in patients evaluable for DLT. One patient required a dose reduction from 60 mg of cabozantinib to 40 mg after cycle 5.

“The combination of VEGF-targeted therapies and PD-1 [inhibitors] separately are effective for the management of metastatic kidney cancer,” said Lam, associate professor and medical director of Urologic Oncology Clinics, of the University of Colorado. “There is also preclinical evidence of synergy with various combinations targeting tumor angiogenesis and immune microenvironments.”

Based on these data, a 2-stage phase II study with the MTD has begun in patients with RCC with either clear cell or non-clear cell histology, she said, with an initial planned enrollment of 20 patients. It will also enroll either treatment-naïve or previously treated patients.

“If there are 2 more responses, we’ll expand it to an additional 28 patients. It’s too early to say about efficacy from phase I [data]; we hope to enroll quickly into phase II and have results out soon.”

Eligible patients in the phase I study (NCT03149822) had documented RCC of any histology, measurable or evaluable disease based on RECIST v1.1 criteria, adequate organ function, and an ECOG performance status of 0 or 1. Patients received pembrolizumab and cabozantinib in a standard 3+3 dose escalation to determine the DLT, MTD, and objective response rate. Cabozantinib was dosed at 40 mg and 60 mg daily in the first and second cohorts, respectively. Pembrolizumab was dosed at 200 mg every 3 weeks in all cohorts.

The original study design included only pretreated patients but after cabozantinib was approved in the first-line setting in patients with intermediate- and poor-risk disease, the protocol permitted patients with newly diagnosed metastatic RCC, said Lam, although all 8 patients in the study had prior systemic therapy.

Two patients in the cabozantinib 40-mg cohort were not evaluable for DLT due to nonadherence and were therefore replaced with 3 patients who were treated at the 60-mg dose.

In the first cohort (n = 5), 4 patients had clear cell histology and 1 had non-clear cell RCC; all had prior nephrectomy. The median age was 54 years. Four were intermediate risk and 1 was poor risk by Memorial Sloan Kettering Cancer Center (MSKCC) risk criteria. Three patients in cohort 1 received 1 prior systemic treatment and 2 patients received ≥2. Moreover, 3 patients received prior tyrosine kinase inhibitor (TKI) only and 2 received prior TKI plus immunotherapy.

“The side effects seen were generally predictable from cabozantinib,” said Lam, and included 1 case of grade 3 reversible leukoencephalopathy syndrome during cycle 4 of the combination therapy at the 60-mg cabozantinib dose. Other grade 3 adverse events (AEs) included 1 instance each of hypertension, anorexia, and confusion; all occurred outside of the DLT window and were also attributed to cabozantinib. There were no grade 4 or 5 AEs.

The most common treatment-emergent adverse events of any grade at either cabozantinib dosage were fatigue (75%), diarrhea (62.5%), weight loss (62.5%),and dysgeusia (50%).

Treatment is ongoing in 2 patients—one in cohort 1 who has been treated for >40 weeks and 1 in cohort 2 who has received treatment for >50 weeks.

The study included patients not selected for PD-L1 expression. An analysis showed no correlation between PD-L1 status and response in all 8 tumor samples tested, said Lam.