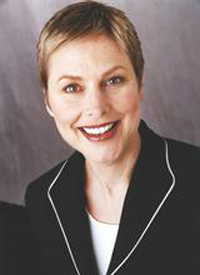 Both patients and physicians now approach opioid use with extra caution that is understandable in the current climate, but their caution may be excessive in some cases, said Paice, director of the Cancer Pain Program and a research professor of medicine at Northwestern University's Feinberg School of Medicine, as well as a past president of the American Pain Society.

More patients than ever are living with pain. As of 2012, there were 32.6 million people worldwide living with cancer and that number is expected to jump to 52.2 million by 2030, according to the International Agency for Research on Cancer.1

Improvements in cancer treatment have led to millions of patients surviving for a decade or more, with a corresponding increase in the number who live with pain. Paice cited a review in the journal Pain estimating that 40% of cancer survivors live with some degree of pain, and 5% to 10% have severe chronic pain that limits their ability to function.2 One in 5 childhood cancer survivors report pain.

Amid the hype concerning overuse of opioids, Paice is concerned that some patients still remain undertreated due to addiction fears that do not match the evidence. "After Prince died, people asked me to take them off their fentanyl patches, and I had to reassure them that Prince hadn't died from a fentanyl patch," she said. Though long-term opioid addiction often begins with the use of prescription painkillers like oxycodone, Paice cited research showing that 3 out of 4 such addicts acquired those pills illicitly rather than through a legitimate prescription.

Paice said both primary care physicians and insurance companies sometimes treat last year's CDC guidelines for opioid treatment as a mandate,3 even though they may be too conservative to be applied to cancer-related pain. "Many of us protested the recommendation that patients be given no more than 50 mg of morphine and only a 3-day supply at discharge," she said. "Imagine that 80-year-old woman who lives far from the hospital, relies on family members, is discharged on a Thursday, and now on a Saturday or Sunday has to get a new prescription."

Nonetheless, the addiction danger is real and there are possible long-term health complications from sustained opioid use, even when the patient is not an addict, Paice said. "We didn't see these effects when I was starting out in practice because we only prescribed opioids at the end of life." They include constipation, mental clouding, upper gastrointestinal symptoms, various endocrinopathies, sleep apnea, and a poorly understood risk of opioid-induced hyperalgesia. There is even some evidence suggesting that prolonged opioid use hinders healing and may increase risk of cancer recurrence.

Assess the patient's potential for addiction. Do they smoke, drink, use other drugs, or gamble? Have they done so in the past? Do any of their biologically close relatives demonstrate addictive behavior? Have they been sexually abused (a strong risk factor for addiction)? Do they worry about becoming addicted?

Monitoring and management. Do a urine tox screen at least annually for each patient on opioids, and more frequently for those at a higher risk of addiction, to assess whether they are overusing their pain medication or abusing other substances. Use your state's prescription drug management program, available in all states, except Missouri, to check whether your patients are getting multiple opioid prescriptions filled at the same time. (Paice discovered 1 patient was getting hydrocodone from both her and an orthopedic surgeon, from 2 different pharmacies.)

It's important to make sure patients are using their opioids for pain, rather than to relieve anxiety or help them sleep. "It's acceptable to take your medication before bed if you have vertebral fractures," and know that you'll have pain when you lie down, Paice said. "But if you're taking it every night at 9 to make you sleepy, we have a problem."