Dr. Socinski on Recommendations for Molecular Testing in Lung Cancer 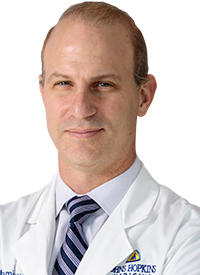 The non–small cell lung cancer (NSCLC) paradigm has seen updates with molecular drivers, and research continues to focus on further advancing treatment for patients who express these abnormalities, as well as those with nondriver disease, explained Benjamin P. Levy, MD.

“There are a lot of different treatment options for patients with oncogenic drivers. It is contingent on the molecular driver that is identified,” said Levy. “We have learned that the list of oncogenic drivers is getting longer, so we have more therapies available.”

OncLive®: How have molecular drivers evolved in lung cancer?

Levy: We've come a long way with the molecular driver identification in NSCLC. It began with EGFR and ALK in advanced adenocarcinoma of the lung, but we now have other mutations that we can test for, including RET, ROS1, BRAF, HER2, MET exon 14 skipping, NTRK, and KRAS. These are all identifiable mutations and, if we identify them, we can either lead [patients] to a targeted therapy that is approved or under the umbrella of a clinical trial.

The list is getting longer of all of the actionable mutations that we need to test for. It's a call for comprehensive genomic profiling for lung cancer. You can't just do sequential EGFR, ALK, ROS1, and BRAF. You have to do a larger panel—preferably a next-generation sequencing panel—so that we can identify all of these mutations and improve the outcomes for patients with these genetic alterations.

How have treatment options evolved for patients with oncogenic drivers?

Even within a particular oncogenic driver, such as EGFR, there are more therapies available—even within that molecular niche.

Within each genotype, there are expanded therapies. Around 5 or 6 years ago, we had gefitinib (Iressa) or erlotinib (Tarceva) [for patients with EGFR mutations], but now we have moved forward with other drugs, such as afatinib (Gilotrif), dacomitinib (Vizimpro), and now osimertinib (Tagrisso). These are next-generation therapies that are more efficacious and better tolerated.

The same goes with ALK. If we look back just 5 years ago, we were treating ALK-positive patients with crizotinib (Xalkori). Now, we have alectinib (Alecensa), brigatinib (Alunbrig), and lorlatinib (Lorbrena). The list [keeps growing] and it's giving our patients more options and extending their survival.

What is your frontline therapy choice for patients with nondriver NSCLC?

My first-line option for patients without an oncogenic driver is generally chemotherapy with immunotherapy, if they're not being considered for a clinical trial. [In my] practice, I have [a number of patients who are] enriched for oncogenic drivers, but about 50% of my practice does not have a driver that we can give a targeted therapy to. For those patients, I generally offer them chemotherapy with immunotherapy. That is for patients with adenocarcinoma and squamous cell lung cancer; we don't normally test for genomic alterations in squamous cell disease. We're doing more of that, but if the patient is a smoker with squamous [histology], we generally don't [test for genomic alterations].

What therapies are available in a subsequent setting for patients without oncogenic drivers?

There are very challenging and nuanced decisions for what to do in the second-line setting and beyond for patients without an actionable mutation who have been potentially treated with either immunotherapy alone or chemotherapy and immunotherapy. The choice is pretty clear for patients who have PD-L1 >50% who received first-line pembrolizumab (Keytruda). Generally, the second-line choice should be chemotherapy.