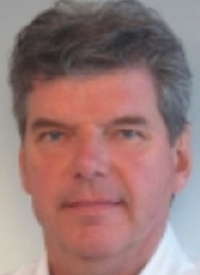 Axillary radiotherapy was associated with locoregional control comparable to that with axillary lymph node dissection (ALND) in patients with early-stage breast cancer who had a positive sentinel lymph node biopsy, according to 10-year data from the phase III AMAROS trial that were presented at the 2018 San Antonio Breast Cancer Symposium (SABCS).1

“The standard paradigm was that if the sentinel node is clean, or only contains minimal disease, then no further axillary surgery is indicated,” said lead investigator Emiel J. T. Rutgers, MD, PhD, in a press conference during SABCS. “If there is cancer, you would need to do complete axillary surgery, and this is associated with adverse events—predominantly lymphedema.”

Prior 5-year follow-up data showed that lymphedema occurred significantly less often in those who received radiotherapy compared with those who underwent ALND. Recent quality-of-life and morbidity data supported the earlier findings, suggesting that radiotherapy can be considered a standard procedure for these patients and an alternative to surgery in this population, Rutgers noted.

For the randomized, multicenter phase III trial, investigators evaluated whether the use of axillary radiotherapy as treatment in women with invasive breast cancer could yield outcomes comparable to those seen when using the traditional ALND approach. Patients with node-negative, invasive breast cancer between 5 mm and 5 cm, and scheduled for breast conservation or mastectomy at any age, with informed consent, were eligible to participate in the trial.

Of the 4806 patients with early-stage, clinically node-negative breast cancer who were enrolled in the trial, 1425 had a positive sentinel lymph node biopsy; of these patients, 744 underwent axillary lymph node dissection, while 681 received axillary radiotherapy.

The baseline age of patients was 56 years (range, 48-64) in the radiotherapy arm and 55 years (range, 48-63) in the surgery arm, and the median tumor size was 17 mm (range, 13-22) and 18 mm (range: 13-23), respectively. Grading was also well-balanced between the groups, Rutgers added. A total 59.2% of those in the radiotherapy arm had received preoperative ultrasound axilla at baseline, compared with 61.5% in the surgery arm.

The number of sentinel nodes removed was equal between both arms (2; range, 1-3) and 60.5% of patients had macrometastases. “The median number of nodes removed in those who had an axillary clearance was 15, and interestingly, one-third, so 33% [of] patients who had axillary clearance had more positive nodes in the axilla,” Rutgers, a surgical oncologist at the Netherlands Cancer Institute, reported during the press conference.

The first 5-year analysis, published in 2013, did not show any significant differences between the surgery and radiotherapy arms, few relapses in the axilla were observed. However, these results were not universally accepted because the trial was considered underpowered for its noninferior design.

“We needed 52 events, [and at the time of data cutoff] we only had 11,” Rutgers explained. “It would take another 30 years to come up with 52 events, so we presented it as it was. Although it was underpowered, it was clinically very nice for patients, because there were very few events observed.”

In terms of distant-metastasis free survival or overall survival (OS), the investigators did not observe a significant difference between the 2 treatment arms.

“We cannot exclude an effect of the radiation to the axilla,” Rutgers said. “But we have to realize that 85% of these patients received radiation therapy anyway because of the breast conservation [surgery], so it’s difficult to see whether the addition of the radiation will lead to more second primary cancers.”