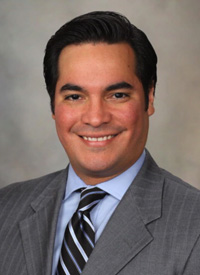 Oxybutynin helped to reduce the frequency and intensity of hot flashes among women who could not take hormone replacement therapy in survivorship, according to trial results presented at the 2018 San Antonio Breast Cancer Symposium (SABCS).

“Hot flashes are a huge problem across the general population, but even more so in breast cancer survivors,” lead author Roberto A. Leon-Ferre, MD, assistant professor of oncology at Mayo Clinic in Rochester, Minnesota, said during a press conference at the symposium, held Dec. 4–8. “They affect many spheres of life, including work, sleep, relationships, sexuality, social and leisure activities. Breast cancer survivors are unfortunately at higher risk for experiencing either more severe or longer lasting hot flashes, often as a consequence of our therapies.”

Women who had experienced at least 28 hot flashes per week over more than a month, and who were bothered enough by them to want medication, were randomized to receive either 2.5 mg of oxybutynin twice a day (Oxy2.5; n = 46); 2.5 mg twice a day for a week, with a subsequent increase to 5 mg twice a day (Oxy5; n = 46); or placebo (n = 44)––all for 6 weeks. Leon-Ferre noted the study was not designed to compare dose arms.

Change in weekly HF scores and frequency among survivors served as the primary endpoint, and secondary endpoints included change in HFRDIS and in self-reported symptoms.

In the study, which is part of Academic and Community Cancer Research United, 62% of women (average age, 57 years) were on tamoxifen or an aromatase inhibitor for the duration of the study. At baseline, mean HF scores were 16 in the Oxy2.5 arm, 20 in those who received Oxy5, and 20 in the placebo group; while each group experienced an average of 8, 10, and 10 hot flashes per day, respectively.

While most HFRDIS measures were statistically better with oxybutynin treatment, concentration and sexuality were not, and there were no improvements in mood and life enjoyment among those treated with Oxy2.5.

When compared with 13 previous studies conducted at Mayo Clinic, placebo led, on average, with a 25% HF score reduction in these randomized trials. Treatment with clonidine was slightly more effective, followed by fluoxetine, citalopram, pregabalin, and venlafaxine. However, oxybutynin at the 5-mg dose achieved an efficacy that was comparable to progesterone-based medications, such as medroxyprogesterone acetate and megestrol, Leon-Ferre said.