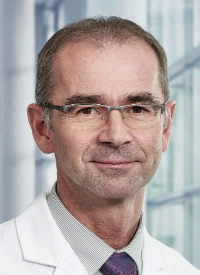 “We have increasing data that obesity and low levels of physical activity are associated with higher risk for developing cancer, and also, for patients who already suffer from cancer, there is an increased risk for recurrence and reduced survival in these patients,” said study author Wolfgang Janni, MD, PhD, professor and chair of the Department of Obstetrics and Gynecology at the University of Ulm, Germany, in a presscast.

The lifestyle intervention included 2292 women who were part of the larger, phase III SUCCESS C study. All participants had early-stage HER2-negative breast cancer that had been treated with chemotherapy. They had a body mass index (BMI) between 24 and 40 at baseline.

Women were randomized into 2 groups: 1 that received individualized, telephone- and mail-based guidance on healthy lifestyle for 2 years with a goal of weight loss, improved diet and physical activity; and the control group, which received generalized written recommendations for healthy lifestyle. Participants in the study group received a workbook with information, as well as 19 phone calls with an expert who discussed ways they could improve their diet, reduce fat intake and increase physical activity, as well as other more personalized tips.

“The physical activity we’re talking about in this study does not have to be running a marathon,” said C. Kent Osborne, MD, co-director of SABCS and director of the Dan L. Duncan Comprehensive Cancer Center at Baylor College of Medicine, in Houston, who moderated the presscast at which the study findings were presented. “It can be as little as walking for 30 minutes a day.”

Janni mentioned that while personal contact between health care providers and patients is beneficial, making the intervention telephone-based was far more feasible.

“Personal contact is very important. When we set up the trial, however, we thought, ‘How can we do this in a structured way?’ We thought it would not be feasible in a country like Germany to do this in a face-to-face way, when you consider travel and other factors,” Janni said. “It’s also a quality-control way, because the person sitting on the other end of the telephone is an expert.”

There were 1477 patients who completed the program in all — 552 (48.2%) of those in the lifestyle intervention group and 925 (80.7%) from the control group. Those 1477 patients had a 35% higher disease-free survival rate compared with patients across both arms who started the program but did not complete it. In an exploratory analysis, OS was also higher in completers than in study noncompleters. However, when everyone enrolled in both arms was included in the analysis, OS did not differ between the lifestyle intervention and control groups.

The disease-free survival of those who completed the lifestyle intervention program was about 50% higher than it was in study completers in the control arm; this was true both in univariable analysis and when researchers controlled for age, menopausal status, tumor size, hormone-receptor status, and chemotherapy type.

“In summary, our trial was successful in demonstrating that a telephone-based lifestyle intervention program could result in an average loss of about 2 pounds,” Janni said. “However, we cannot rule out a significant bias in this exploratory analysis.”

Janni mentioned that that there were some limitations to the study and that practitioners should be cautious in interpreting the findings, since the most significant factors that affect disease-free survival are tumor stage and tumor biology.

“Our plan is to further analyze our study with longer follow-up and more events, and look for different outcomes like cardiovascular disease and other outcomes,” Janni said. “[We also want to look for] predictive markers to find out which patients would actually adhere to the program and which patients were not able to complete the program.”
Janni W, Rack BK, Friedl TWP, et al. Lifestyle intervention and effect on disease-free survival in early breast cancer patients: interim analysis from the randomized SUCCESS C study. Presented at: 2018 San Antonio Breast Cancer Symposium; December 4-8, 2018; San Antonio, Texas.