Cancer Centers Go On the Offensive to Reduce COVID-19 Risk

BiTEs and CAR T Cells Burst Through ALL Paradigm

Dr. Raphael on Addressing the Risk of Tumor Lysis Syndrome in CLL

PARP Inhibitors May Have Benefit in BRCA-Mutant Endometrial Cancers 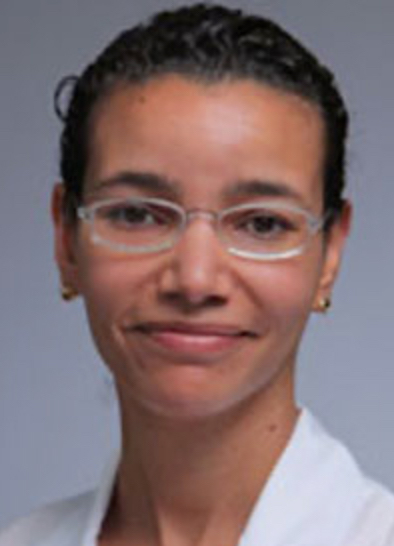 Tumors from a significant percentage of patients with endometrial cancer at NYU Langone Health’s Perlmutter Cancer Center were found to have BRCA1/2 somatic mutations, according to findings presented at the 2020 SGO Winter Meeting.1 These data suggest that these cancers can be treated with PARP inhibitors, which have demonstrated efficacy in other BRCA1/2-mutant tumors.

Eight (62%) mutations were classified as frameshift, 3 (23%) were nonsense, and 1 (8%) each was missense or splice site. Seven patients had MSI-H tumors and 9 had high-TMB. Fehniger said this finding suggests that a portion of these mutations are passengers.

“We don't have loss of heterozygosity or homologous recombination deficiency data for this patient population, but investigation of both of these assays in these tumors may provide a rationale for the activity of PARP inhibitors in this subset of patients with endometrial cancer,” she said.

Additionally, preclinical studies have shown that patients who have a PTEN deficiency may respond to PARP inhibitors.2 More than 80% of patients with endometrial cancers have a PTEN mutation.

There are a handful of ongoing trials exploring PARP inhibitors in endometrial cancer. Investigators are currently recruiting for a phase I/IIa study (NCT03572478) of the combination of nivolumab (Opdivo) in combination with the PARP inhibitor rucaparib (Rubraca) for patients metastatic/recurrent endometrial cancer, as well as those with metastatic castration-resistant prostate cancer.

The phase I portion of the trial will establish the maximum-tolerated dose (MTD). In the phase II part, patients will be randomized to rucaparib alone, nivolumab alone, or the combination of the 2 drugs.

Investigators are also recruiting for the prospective, multicenter, phase II DOMEC trial (NCT03951415). Patients with recurrent, refractory, or metastatic endometrial cancer or carcinosarcoma of the uterus will be assigned to 300 mg of twice-daily oral olaparib (Lynparza) plus 1500 mg of intravenous durvalumab (Imfinzi) every 4 weeks. The primary endpoint is progression-free survival.

Moreover, in a phase Ib trial (NCT03586661), investigators are recruiting patients with recurrent endometrial, ovarian, primary peritoneal, or fallopian tube cancer. In the study, patients will be treated with the combination of niraparib (Zejula) and copanlisib (Aliqopa) and investigators will establish MTD and the recommended phase II dose.