Dr. Grossbard on the DYNAMO Study With Duvelisib in Follicular Lymphoma

Dr. Foss on the Unmet Need in Cutaneous T-cell Lymphoma 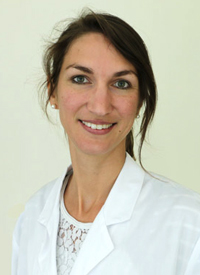 The use of checkpoint inhibitors (CPIs) prior to haploidentical stem cell transplantation (HSCT) improved progression-free survival (PFS) and reduced the risk for relapse for patients with relapsed or refractory Hodgkin lymphoma, according to results from a retrospective study presented at the 2019 SOHO Annual Meeting.1

Lead investigator Chiara de Philippis, MD, with the Humanitas Research Hospital in Rozzano, Italy, said that adding CPIs before transplant did not result in increased toxicity.

“We can say that HSCT after CPI is an effective consolidation strategy,” she said. “PFS and incidence of relapse is lower in our CPI cohort, and CPI before transplant is an independent predictive factor for PFS.”

de Philippis et al retrospectively analyzed outcomes for 59 consecutive patients who received HSCT with post-transplant cyclophosphamide to prevent graft versus host disease (GVHD) at 3 medical centers in Europe from 2014 to 2018. The median patient age was 30 years (range, 19-64) and the median number of prior lines of therapy was 5 (range, 2-11). Forty (68%) patients were in complete remission at transplantation, 14 (24%) were in partial remission, and 5 (8%) had stable or progressive disease.

Twenty-nine patients received CPIs (nivolumab [Opdivo], 96%; pembrolizumab [Keytruda], 4%) while 30 did not. de Philippis said the 2 groups were identical, except that patients who received an inhibitor had received more prior lines of therapy before transplantation (6 vs 4, P <.001).

At a median follow-up of 26 months (range, 7.5-55), the PFS rate in the CPI cohort was 78% compared with 53% in the non-CPI cohort (P = .07) by univariate analysis. The cumulative incidence of relapse also favored the CPI arm (4% vs 24%; P = .08). The differences in overall survival (OS) and nonrelapse mortality were not significant between the 2 arms.

“CPI before HSCT with post-transplant cyclophosphamide for GVHD prophylaxis is not associated with enhanced toxicity,” de Philippis said. “In fact, there were no differences in terms of acute GVHD, chronic GVHD, and nonrelapse mortality observed between the 2 cohorts.”

She added that there were no deaths attributed to GVHD in the CPI cohort.

No patient in the CPI arm experienced hepatic veno-occlusive disease compared with 3% in the non-CPI arm. The 2-year nonrelapse mortality rate favored the CPI arm at 15% versus 21%.

In all cases, the differences in toxicities between the 2 cohorts were considered not significant.

de Philippis noted that these results are comparable to findings from a previous study by Merryman et al published in Blood in 2017 exploring CPI prior to SCT.2 At median follow-up of 1 year, the PFS rate was 76% with a relapse rate of 14% and a nonrelapse mortality rate of 11%.

There was significantly fewer incidences of grade 3/4 acute GVHD observed in the de Philippis study, 3% versus 23% in the Merryman et al study. Also, the rate of chronic GVHD was only 7% at 2 years in this study compared with 41% at 1 year in the Merryman study.2

She noted that the findings needed to be validated larger studies, and potentially in prospective trials.