The Sustainability of Rising Drug Prices in Oncology 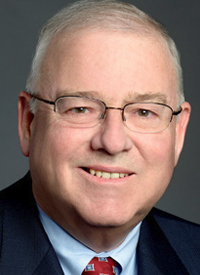 A policy change that allows step therapy provisions in Medicare Advantage insurance plans is setting off alarm bells among oncology leaders, who have joined medical associations from across the country in objecting to the revision. The controversy has been mounting since the Centers for Medicare and Medicaid Services (CMS) announced in August that step therapy would be permitted for drugs covered under Medicare Part B.

ASCO and the other physician groups have urged CMS to reverse the step therapy decision on grounds that such requirements could end up denying a significant number of patients with cancer timely access to medications their doctors deem best suited for them, based on assessments of each patient’s unique circumstances. “While a particular drug or therapy might be generally considered appropriate for a condition, the presence of comorbidities, potential drug-drug interactions, or patient intolerances, for example, may necessitate the selection of an alternative drug as the first course of treatment,” the AMA letter states.

In explaining the rationale for the revised policy, CMS said that it will incentivize drug manufacturers and distributors to negotiate drug prices with Medicare Advantage plans much as they do for private payers that employ step therapy. The agency projects a median value of billion in potential savings. In addition, CMS said, more than 50% of the savings achieved through step plans must be returned to Medicare beneficiaries in the form of gift cards or other noncash transfers.1
... to read the full story
To Read the Full Story
REGISTER
LOG IN