Value Pioneer Looks to Scale Up His Innovations in Care 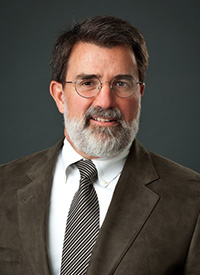 Even before the partnership, Sprandio’s innovations had influenced oncology care beyond the boundaries of the 5 practices in CMOH. For example, the Centers for Medicare & Medicaid Services (CMS) based some of the architecture of the Oncology Care Model (OCM) on CMOH’s efficiency models. CMOH is an OCM participant. In addition, Sprandio’s business ties with The Network were already formed. The Network had licensed proprietary software for patient-centric care that was developed by Sprandio’s consulting company, Oncology Management Services in Conshohocken, Pennsylvania.

In an interview, Sprandio expanded on his practice’s decision to join the practice management company that works with about 20% of oncology practices in the United States. One reason for the move, he said, was to help facilitate growth in the southeastern Pennsylvania market. To succeed with payers and their increasingly rigorous prior-authorization policies for approvals of costly oncology drugs, adherence to high standards of care must be demonstrated, Sprandio said: “Payers in our market, as well as expanding primary-care independent practice associations and affordable care organizations, are clearly in search of specialists who are committed to deliver a new and continuously improving value proposition for complex oncology care.”

CMOH reported that its chemotherapy patients were averaging 0.541 ED visits per year, down from 2.6 visits 10 years earlier and well below the national average of 2 per year. Sprandio estimated he was saving payers million per physician per year. He also estimated that, adopted nationwide, his model could cut billion to billion from annual cancer spending. “To be able to reproduce that model across the country is something I find extremely, extremely, extremely exciting,” Sprandio told OncologyLive® at that time. RETAINING A COMMITMENT TO VALUE-BASED CARE

Retaining a Commitment to Value-Based Care

Although Sprandio sought to expand his practice’s horizons through the deal with The Network, he wanted to preserve the achievements in value-based care that are his trademark. “We developed and introduced the concept of the oncology patient–centered medical home in 2009, broadly known as the oncology medical home,” he said.
... to read the full story
To Read the Full Story
REGISTER
LOG IN