Medication Supplements Prior to IV Administration

Dr. Lonial on the Importance of Early Intervention in High-Risk Smoldering Myeloma
OncologyLive > Vol. 20/No. 2 > 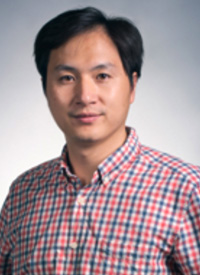 The development of cancer treatments and diagnostic tools using CRISPR/Cas9 and other gene-editing technology is a promising area of research in the United States, although the field is moving into human studies at a relatively slow pace. Outrage recently generated by reports that twin girls were born in China from genetically modified embryos has injected an additional note of caution into the research.

“I don’t think the long-term picture has changed,” he said. “Promising treatments will move on to trials, and the process of getting trials designed and approved will speed up as we establish best practices. But we need to do it responsibly.”

The prospect of altering genes, even to cure illness, has long raised concerns about protecting human clinical study participants, but medical gene-editing efforts had gone 19 years without a major misstep.7 Then He announced that he had overseen the modification of the CCR5 gene in twin girls who had already been born and at least 1 other still-gestating fetus.

gene would be highly resistant to contracting HIV.)

According to He’s presentation, the modification successfully removed both copies of CCR5 in 1 girl but left 1 copy of the gene in the second child. He has not yet published an account of his work in any independent journal, and there are no reports of independent authorities examining the girls or their DNA.2
... to read the full story
To Read the Full Story
REGISTER
LOG IN