Randall Ruminates on Challenges With Treating Sarcomas in AYA Patients

Dr. Randall on the SAFETY Trial in Soft Tissue Sarcoma

Dr. Eward on the Unmet Need for Novel Agents for TGCT and Sarcoma 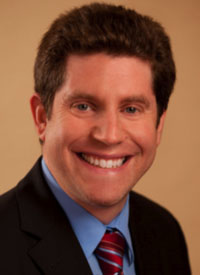 As clinicians have gained an improved understanding of the biology of soft-tissue sarcoma (STS) malignancies, the ability to better distinguish and identify STS subtypes has extended the hope that exploiting the molecular characteristics of each subtype will lead to the emergence of targeted treatment options. For patients who experience STS in the extremities, radiation therapy is used to facilitate limb- and function- preserving surgeries while maintaining 5-year local control above 85%. For STS originating from nonextremity sites, in contrast, the rate of 5-year local control is only about 50%. What follows is a review of several studies that have evaluated the role of adjuvant or neoadjuvant chemotherapy for the treatment of localized STS.

In the United States, approximately 15,000 new cases of sarcoma of the bone and soft tissues are diagnosed annually, according to data from the Surveillance, Epidemiology, and End Results database.1 The incidence of sarcoma is within the same order of magnitiude as other malignancies such as myeloma, cervical, glioma, and esophageal, but more frequent that Hodkin lymphoma or testicular cancer. The disease affects all age groups, and 15% are found in children aged 15 years and younger, and 40% in those 55 years and older.1 These tumors encompass a variety of histological subtypes. They appear to arise from the supporting connective tissues, including smooth and skeletal muscles, tendons, fat, fibrous tissue, synovial tissue, vessels, and nerves.2 Approximately 60% of soft-tissue sarcoma (STS) malignancies arise in the extremities, most frequently in the lower extremity.

Historically, the standard of therapy for soft-tissue sarcoma affecting the extremities was amputation. Function-preserving limb-conserving resection with negative microscopic margins is now considered the standard of care. The goal of neoadjuvant therapy is to improve both local and—depending on modality—distant control. Risk of recurrence will vary based on histologic subtype, tumor grade, and size. The potential benefit from neoadjuvant therapies, however, must be weighed against the risk of disease progression due to delayed resection during treatment, as well as an increased risk of postoperative complications.

Cooperative groups and several institutions of research have been the vanguard of sarcoma research for the past 30 years, particularly in the clinical and translational arena. Notable advancements in the treatment of adult STS, from 1970 to 2000, include improvements in pathologic definition through identification of specific translocations and growing improvements in immunohistochemistry; new imaging modalities, including positron emission tomography (PET) scans; refinements in prognosis and staging; advances in the precision of radiotherapy techniques; surgical advances in functional preservation; and the emergence of doxorubicin and ifosfamide as active drugs, as well as the development of more effective systemic agents.
... to read the full story
To Read the Full Story
REGISTER
LOG IN